Another Client Returns for More Portraits 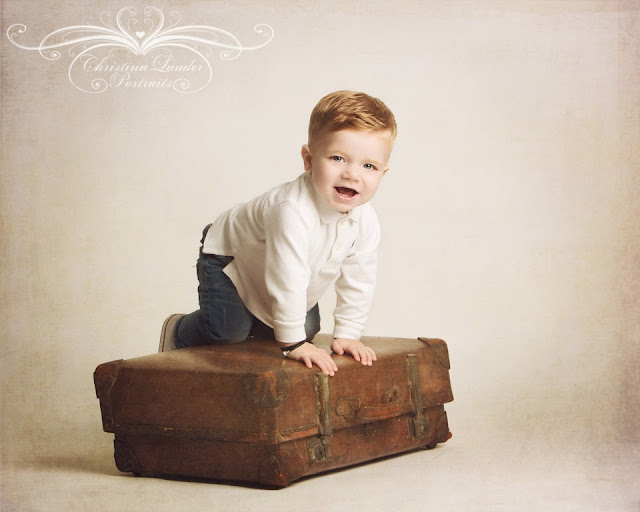 I love having past clients return.  Its a bit like having old friends over for a visit.  And its always nice to see how much the children have grown.  In this case, Frankie has grown quite a lot, he was last here as a newborn just over a year ago. 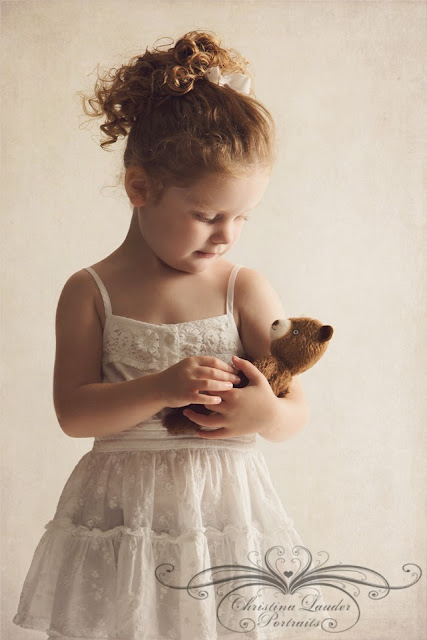 And Lucia wasn't up for any photos last time so our last images of Lucia were from aged 3 months and she is now 3 so even bigger changes from her and thankfully a lot more co-operative.  It was Frankie who wasn't keen on being photographed with her this time, rather than the other way around.  One of these times we will get the two together. 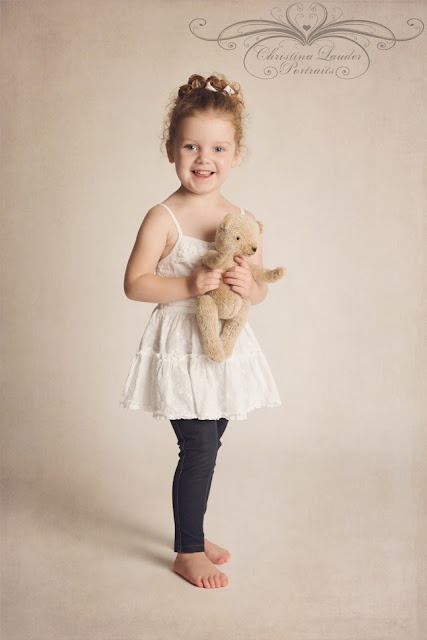 For now though we had to settle for individual portraits which are my favourite anyway. 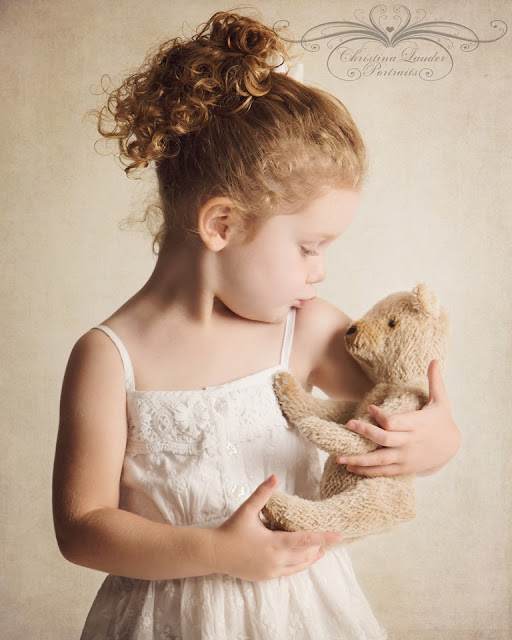 For this shoot I arranged to borrow a few teddy bears from Heirloom Bears as there was a particular look I was going for and these bears I knew would be perfect.  In the end, as they were so delicate, it quickly became apparent that only Lucia was capable of holding them, mainly because I was worried the poor bears wouldn't come off well. 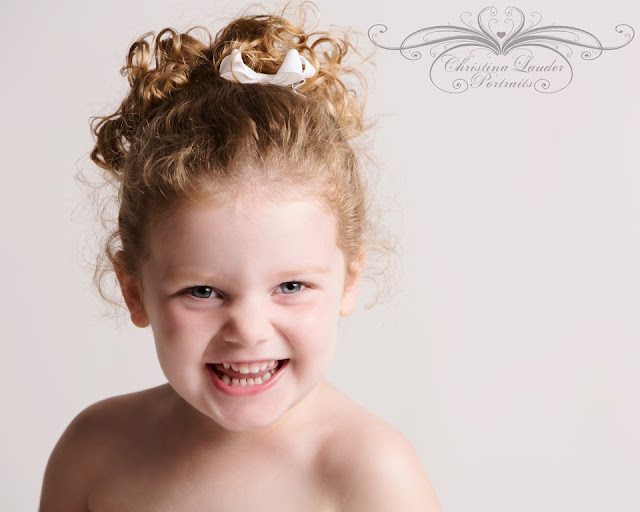 When I photograph siblings I like to create matching poses wherever possible.  And I will often move the lights to the opposite side of the camera as well so that I can position the children in a way that makes their images sit well together side by side.  If you look at the images above and below they belong with Lucia on the left and Frankie on the right.  This way they look like they are looking towards each other rather than away from each other and when images are sitting next to each other, either on a wall or in an album, they can look odd if they are looking away from each other. 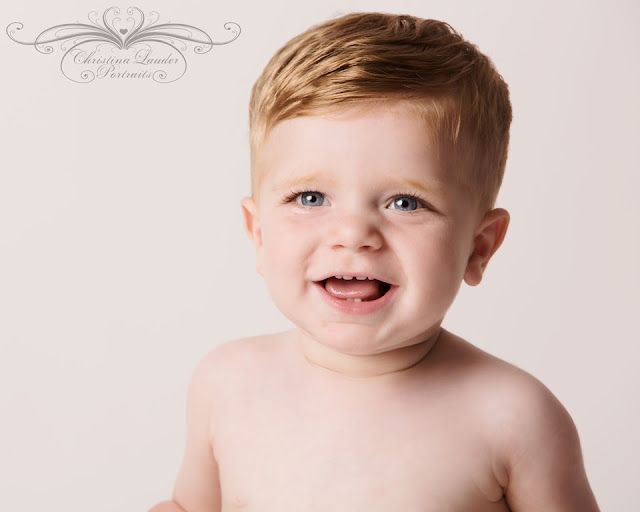 The image below is one I am particularly pleased with as I managed to capture Frankie looking so happy.  He's clearly in mid clap as you can see his hands are out of focus due to their movement yet his eyes are in perfect focus looking right at the camera with a grin from ear to ear.  This is just the sort of shot I'm always confident the parents will adore. 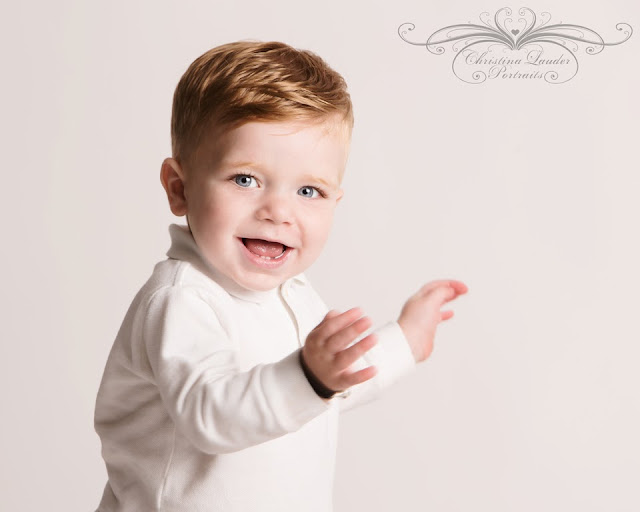 Frankie seemed to come to life when we provided him with something to climb.  I used one of my vintage suitcases and that seemed to keep him happy.  That and a little singing from Mum.  In some of the images he's actually dancing along. 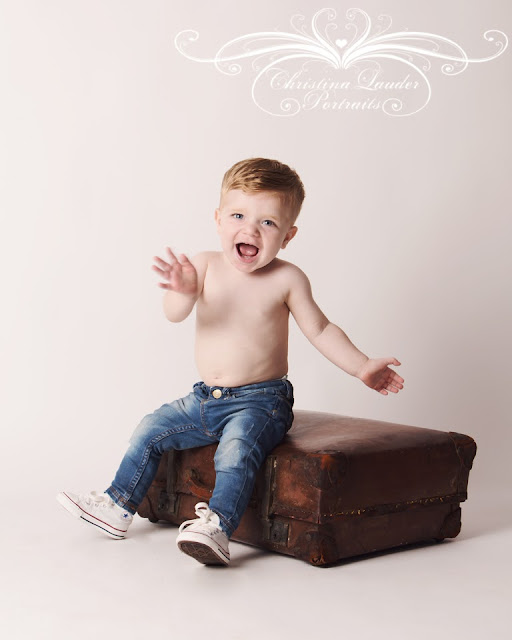 Its not uncommon for group sing a longs to break out during sessions.  Anything to keep the children happy.  So be prepared to entertain us all if singing is something your child loves too.