Male Nude Masterclass at the Societies Convention in London 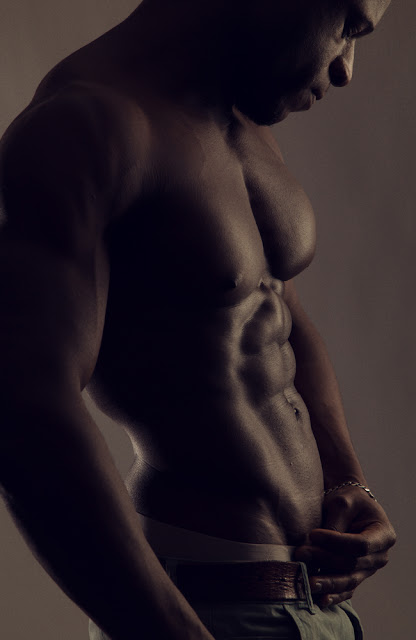 Here are the results from my masterclass at the convention just over a week ago. During this talk I set out to show 3 different lighting techniques using just 2 lights and a white background. I sometimes use more than 2 lights but I wanted to show that good photos can be produced with the minimum of kit. 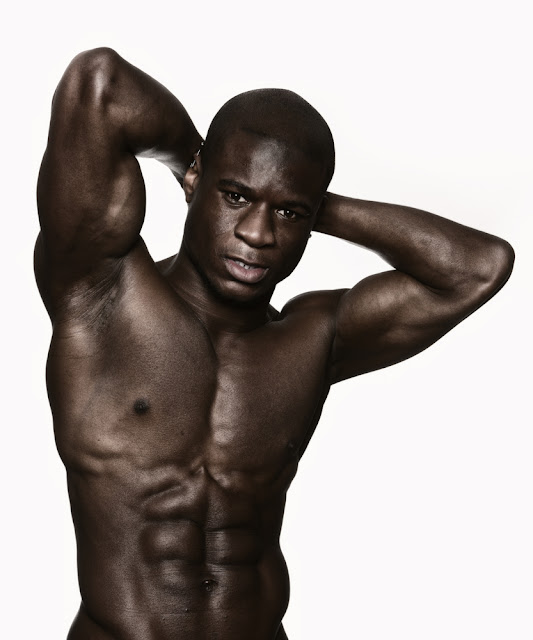 For the first we used a beauty dish to light our model with a second light for the background to give us a high key result. Had I been in my studio I would have used 2 lights to light my background but for such a tight crop the one light (centralised) was clearly good enough. 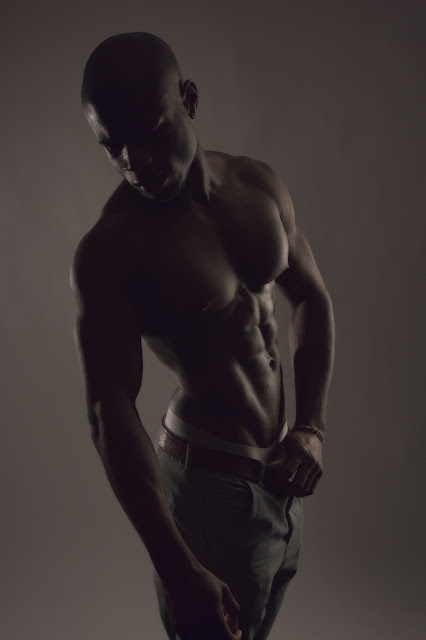 For the second I used a softbox (strip light) on one side with barn doors on the second light on the other side. In hindsight I wish I had a grid with me to soften the light coming from the barn doors side. Not being in my studio I didn't have all my kit to hand so had to use what was available on the day. I found the bare bulb a little too strong here. Notice how we managed to get the white background nearly black simply by bringing the subect further from the background and making sure the lights were pointing away from the background. 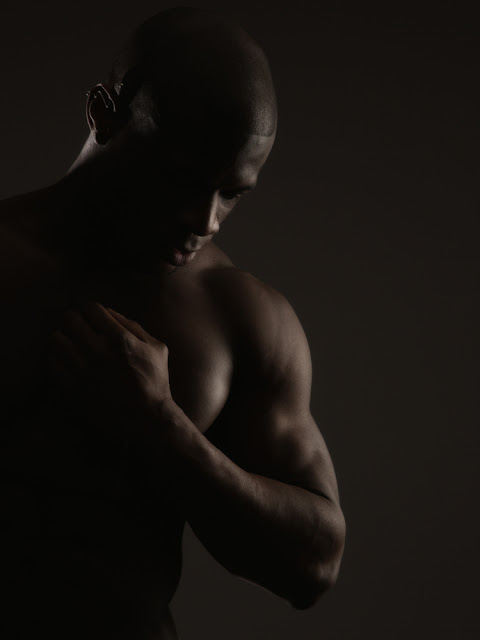 And the final image was done with a single exposure but with multiple occurances of the flash. I would have prefered to have taken longer to set this image up in order to get the background darker and the model more accurately exposesd but with only an hour and a half class we were limited. 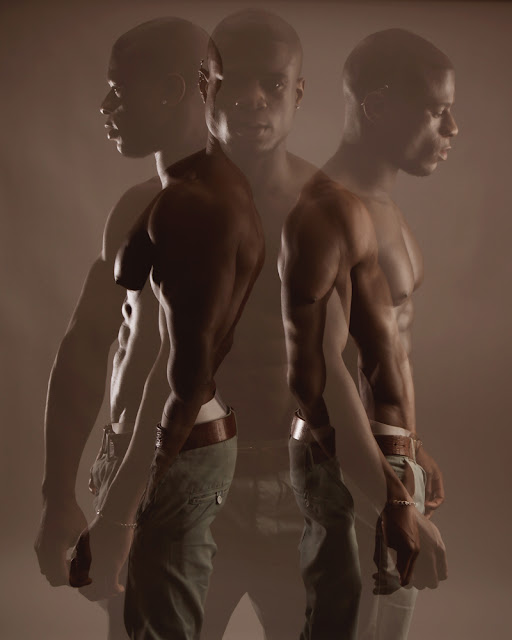 I have found that a 6 second exposure works well in terms of giving the model enough time to move about. From there its just a matter of working out the exposure for each burst of light. If the room is dark enough, which it nearly was but not quite, it doesn't really matter what shutter speed we use in our light meter as only the flash is hitting our subject. I would also have brought the model and lights further from the background in order to ensure little to no spill hit the background to keep it darker. And finally I needed to work with the model a little more to get him posing the way I would have liked him for such an image. Below is the sort of shot I was going for. 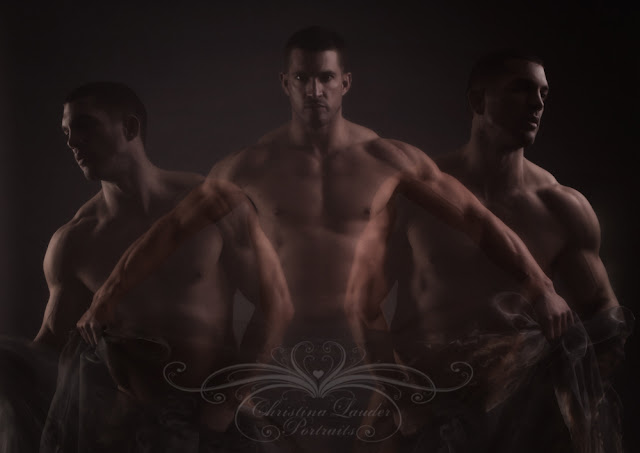 I had an amazing time doing this masterclass. I ended on such a high, feeling better than I have felt for any of my classes in the past. I was so glad I stepped outside my comfort zone and had a go at giving a lighting demonstration. Thank you to all who attended. Your interaction and feedback throughout made it a great couple of hours for me.