The Camera Never Lies but the Photograph, well thats a Different Story

May 30, 2014
A photograph never lies, so they say.  Well of course since the invention of digital we all know otherwise.  But did you know that photography has been lying a long time before going digital?  The image below was created in the 1970's (couldn't find the actual date but it was before July 1980) by a man named Jimmy Wormser who regularly pieced together several images to create one perfect image for the ad campaigns he worked on.  I was so impressed with the image below and feel that it would sit quite well amongst the fantastic artwork we see quite often these days using digital.  Its hard to believe it was created so long ago without the technology we have today. 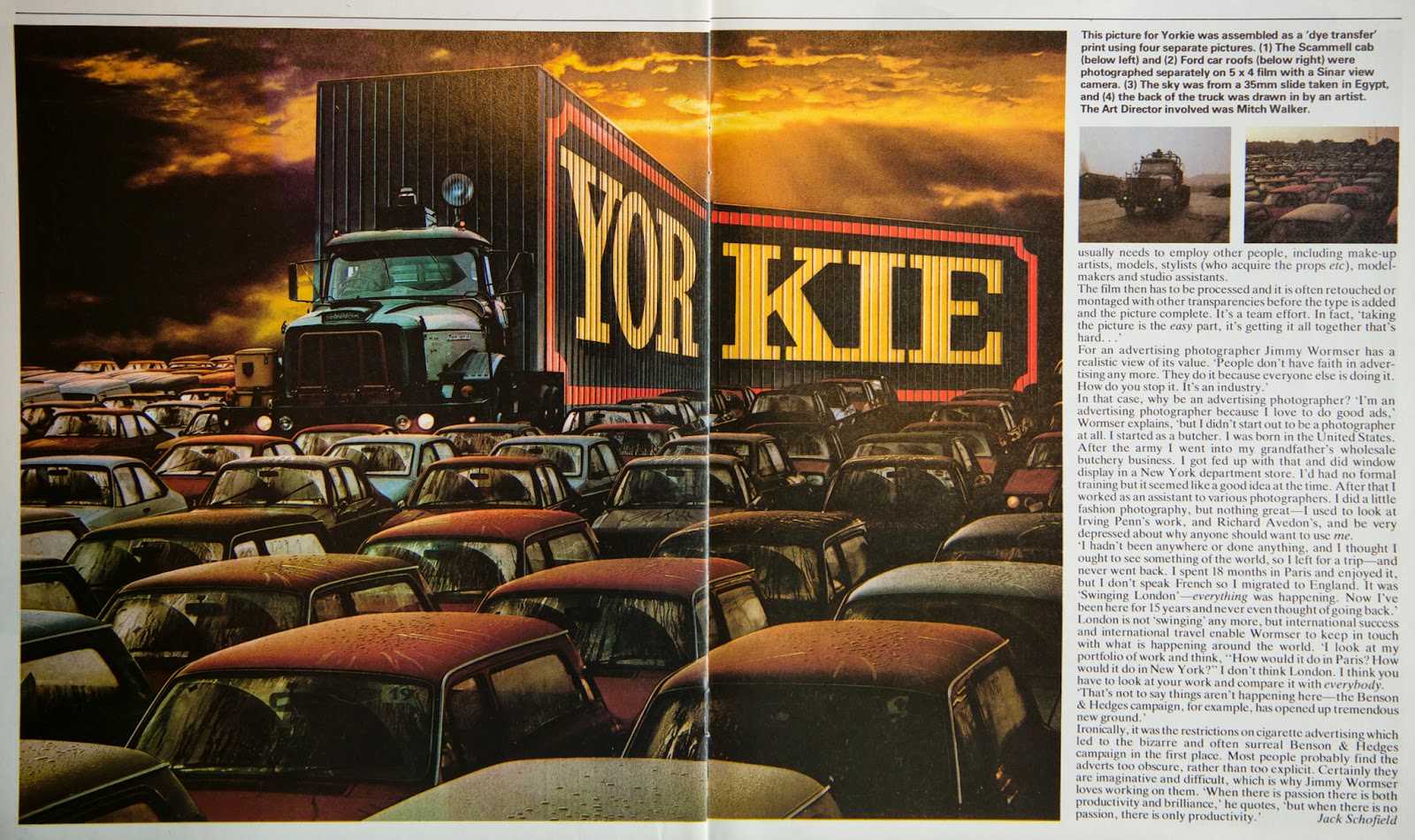 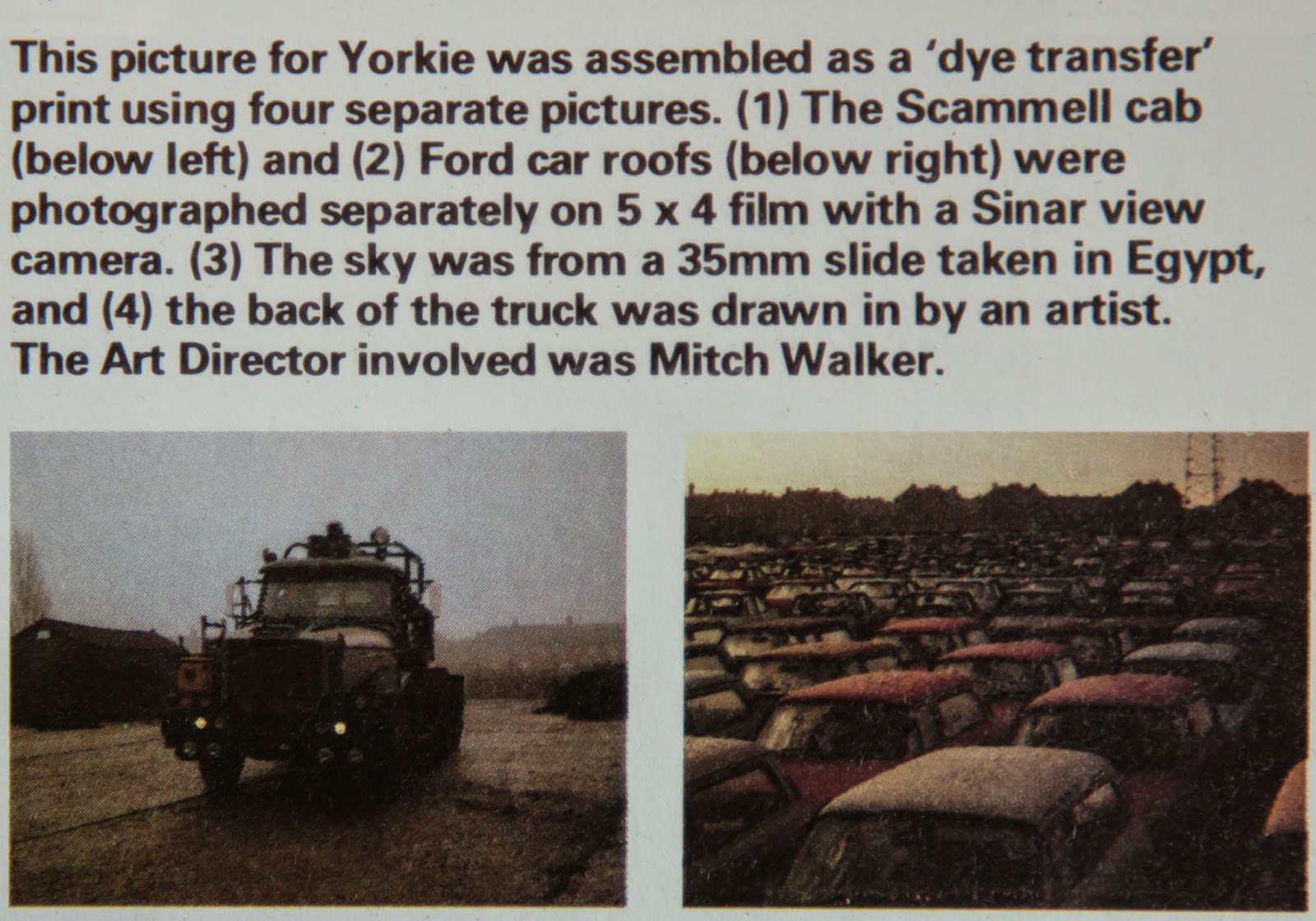 This same man famously photographed the Benson & Hedges image below which is comprised of 4 images: (1) Pyramids shot in Egypt, (2) sunset shot in Egypt, (3) clear dessert foreground and (4) the cigarette pack shot in studio. And the funny thing about this image is that although it doesn't appear strange at first, the lighting is actually quite wrong.  The sun is shown here, clearly setting behind the pyramids yet there is a beautiful, warm light coming from the side that is hitting the front of them at the same time which is quite impossible.  This article points out that because it looks right, few people notice.

This photograph, along with the others here were all taken from a magazine I found in our attic that belonged to my husband when he was a teenager.  For some reason he kept his collection of 'You and Your Camera', a publication that began in 1979 and I had great fun browsing through them.  Although it didn't take long before I realised where at least some of the appeal of these magazines came from.  Nearly every edition contains an image of a women that would most certainly cause its removal on Facebook.  Its a bit crazy to think that censorship is actually moving backwards when it comes to nudity.

I found it fascinating that when digital first came into existence there was much to be said about its capabilities and what it would mean to photography as we knew it when all along this same manipulation has been happening with the use of film.  The only difference being that digital as made such skills available to a wider audience.  But the principles are all the same.  Photographers have been taking elements of multiple images and piecing them together to create one single image from as far back as the 1800's.  Below is an image by a man named Henry Peach Robinson.  The image below, titled 'Fading Away' was created in 1858 and was comprised of 5 negatives.  He called such photographs the 'art photograph'. 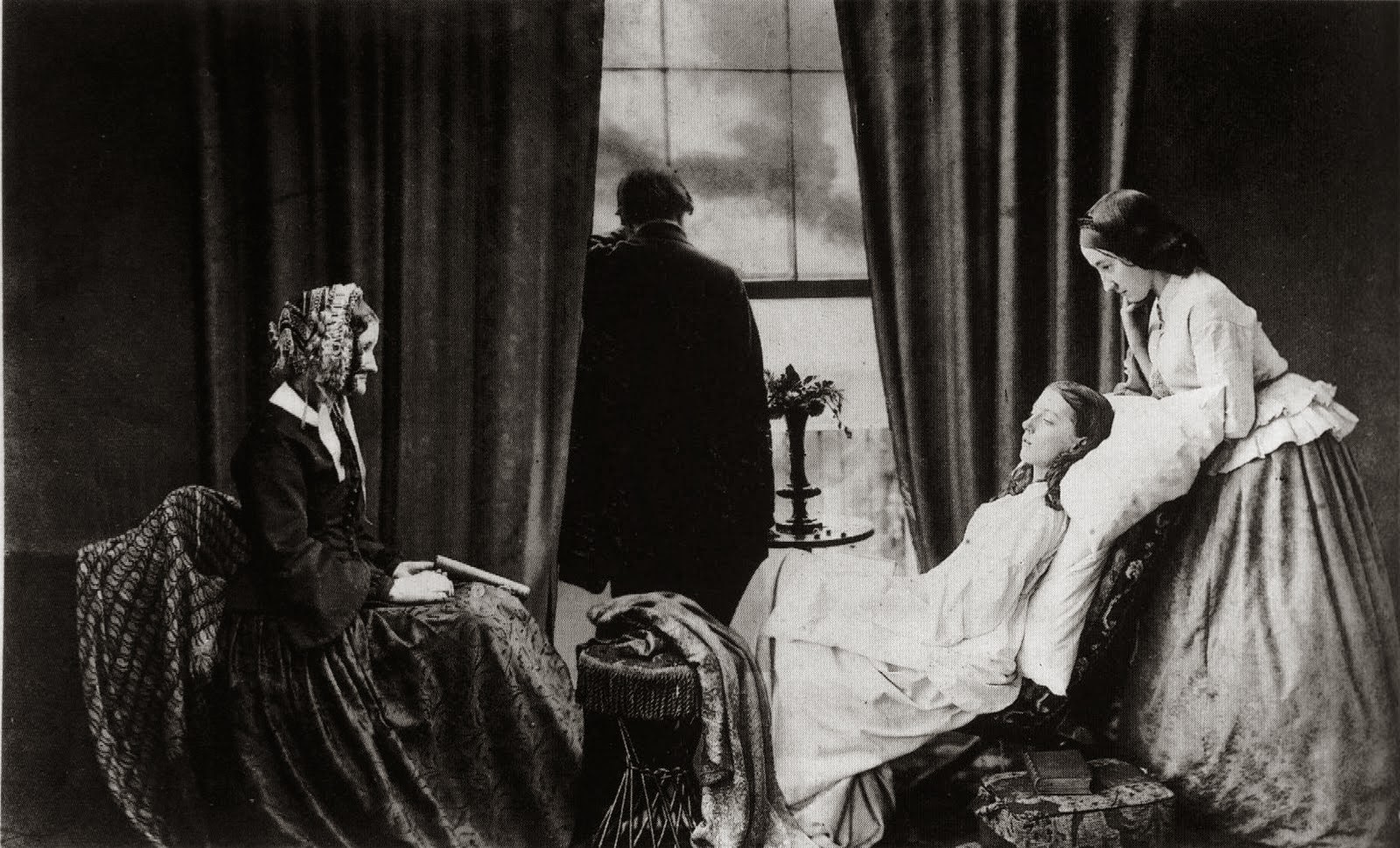 So, does the camera lie?  Well I don't suppose it does, whether it be a film or digital version.  But photographs have been capable of lying for quite some time.  Its nothing new.  Its all just part of the art form that is photography, an art form that I am so proud to be a part of.