We've taken our Naturals Range to our Playgroups & Nurseries 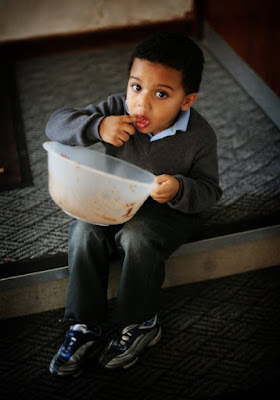 I surprised myself with just how much I love doing this sort of portraiture when I spent the day at a local playgroup. It was such a joy to spend the day with a group of pre-school children. I felt no pressure to get an image in a confined space of time. I had not issues of trying to get the children to sit where I want or to smile when I want. I simply wandered about their environment watching them do their thing and then I photographed them. I was both relaxed and inspired. 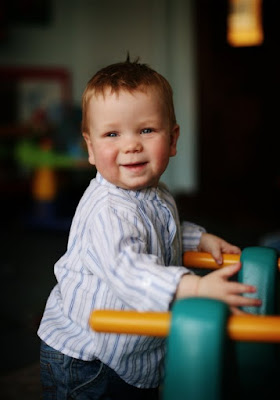 First I would like to point out that this style, many photographers refer to as ‘Lifestyle’, is becoming all the rage within photographic circles. People more and more are asking for natural portraits taken in familiar surroundings. So this is something I thought I would bring to my nurseries and playgroups, where it is even more important to see the children as they are throughout a day that is spent away from the family. My aim was to capture the children in a way that truly represents their character at this stage of their development.
Some may regard these as merely snapshots. Although I could use that term in the sense that they are a snapshot of this time in their lives, I can assure you that the skill and effort that goes into these images make them far from snapshots. Careful attention is given to each image to 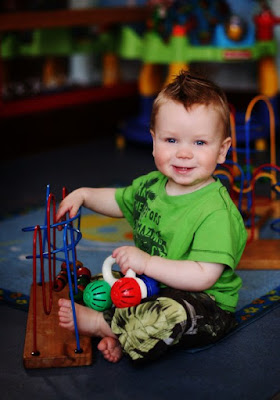 insure that the faces are correctly exposed, rather than the overall scene which is why many images have rather dark backgrounds. This is very intentional as I want the child to stand out from the background, not get lost in it. The very shallow depth of field has also helped here which I have achieved using professional lenses that allow me to have only a small portion of the image in perfect focus. Again, this was intentional. Shallow depth of field can turn a cluttered environment into a pleasing and often exciting background.
I have also insured that the correct colour balance has been achieved. Often snapshots can take on various shades of colour depending on the colour of the room or the blinds on the windows or if outside the colour of the grass or leaves from the trees above. Making skin look like skin is not as easy as it sounds. I regard this as an essential skill that I call upon in all of my portraiture. 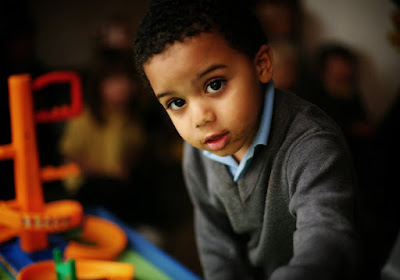 None of this is something that a compact camera can achieve. Images such as these take skill and the appropriate equipment. I know this because I too have a compact camera which I carry around with me when I don’t want to lug the good stuff around. I have never even come close to the images I can produce using the professional equipment. 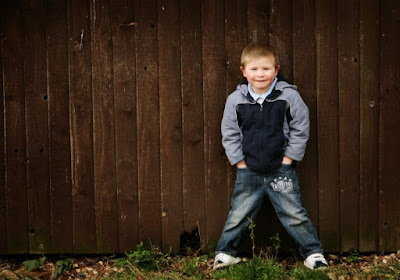 Finally, I have taken time in Photoshop to enhance the images even further to create a portrait with substance. I crop appropriately. I sharpen where necessary to bring out features such as the eyes. And I improve the overall colours and tones of the images to give them a sort of punch which makes the portraits look even more exciting.

This type of portraiture has other advantages too. Not having large, intimidating lights or space and time constraints has helped the children to relax and become comfortable with me being around. I was able to get down on their level and interact with them. They soon either forgot about the camera or began playing up to the camera as if it were a game. It definitely made my job much easier. I loved this exerience. The kids were lovely and the natural light spilling in from the windows lit the children's faces so beautifully that I felt excited with every click of the shutter. In fact this has been the most enjoyable form of portraiture I have taken on since I began my career. I sincerely hope I am lucky enough to carry this on for a long time to come. 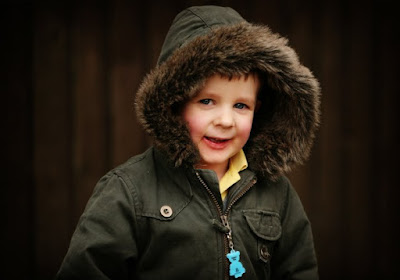 And as if getting great images wasn't good enough, I was lucky enough to have been greated with a kiss and a cuddle from one of the lovely little boys who came to say good bye to me as I waved goodbye to all of them. It is often said that one should never work with children or animals. They can be bring the worst of times but it is at times like these when they really are the best.