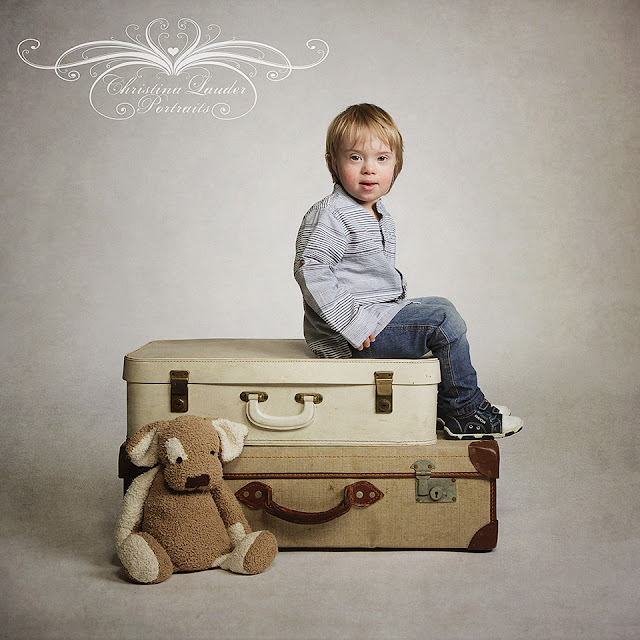 Last year when I was working on my Fellowship panel I put out a casting call for children who would be suitable for the portraits I had in mind. In doing so I received a message to consider this little boy for my project. Unfortunately he was a little young at the time, being under 2 when really 2 was the minimum age I was willing to consider and in the end it turned out that 3 was the youngest I chose to work with. And this was for the simple reason that I needed the children to be able to follow instructions so that I could be very precise in my posing of them. But I couldn't resist this little boy and felt I wanted to work him. 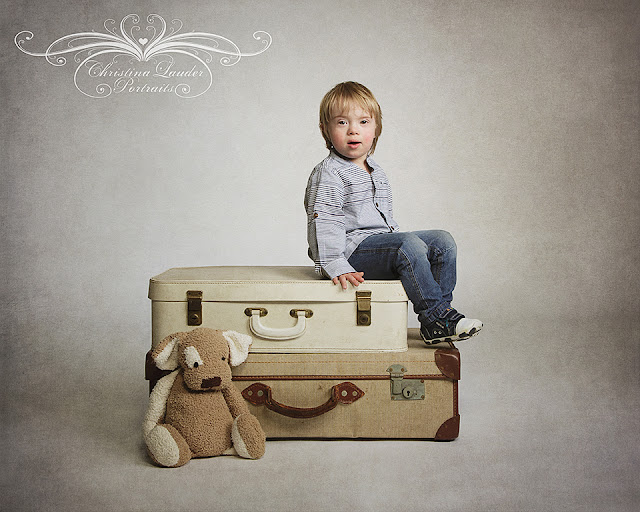 You'll probably notice that the image above looks very similar to the one above it. I couldn't make my mind up which I liked best. To be honest I like the hand placement of the second image and the expression of the first. This is how closely I look at my portraits so try my best to make all elements just so. In each portrait I create I consider both hands and feet along with the lighting, props, clothing and finally the expression. For me the perfect expression without the other elements still just makes for an average shot. Its everything together that makes a great portrait. 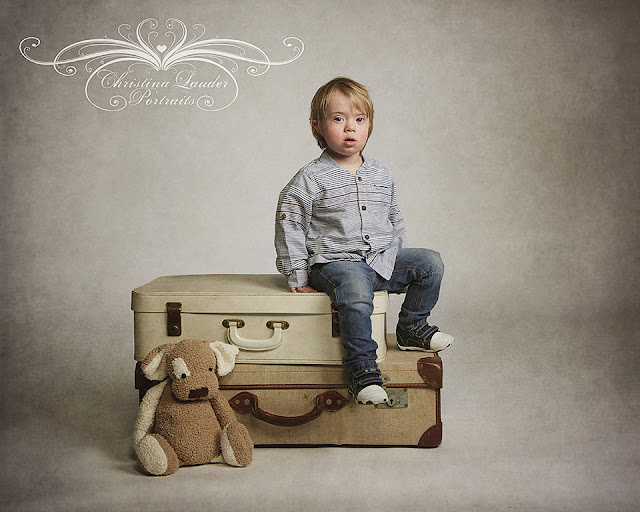 I've had experience with children with Downs Syndrome before. As a young teenager I spent a lot of time babysitting one such child who lived down the road from me. I always loved his personality and to be honest never really saw him any different to the other children, apart from he seemed younger than his age. I also regularly photograph children of all sorts of abilities when I do the school photos at Menphys Nursery each autumn and there I've come across some real characters too. So I wanted to see if I could create the sort of portraits I did for my Fellowship panel with a child that might not follow directions as easily. 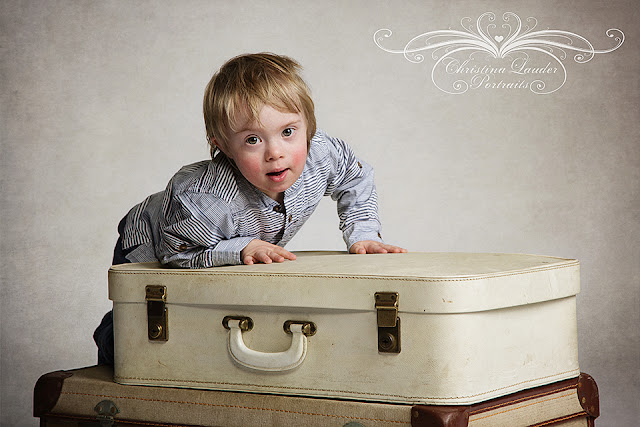 And it looks like I can. It wasn't as easy as some sessions but it wasn't the most difficult either and that is not to say it was anything to do with Downs Syndrome. He is a young child who has good days and bad like all other children. I've experienced the same difficulties with many other children. It could even go back to the idea that he just seems younger than his age. And not many 2 year olds perform perfectly for these sessions. And we may have been  asking a lot from him. He came to me straight from school which I think could have been part of the problem. Not only were we taking him out of his routine, but we were also asking him to work and be patient after a long day at school. With that in mind, I think he did very well. I got from this session almost everything I was hoping for. The only thing I was missing was the beaming happy face looking directly into the lense. If I managed to get that it would have been a perfect session. 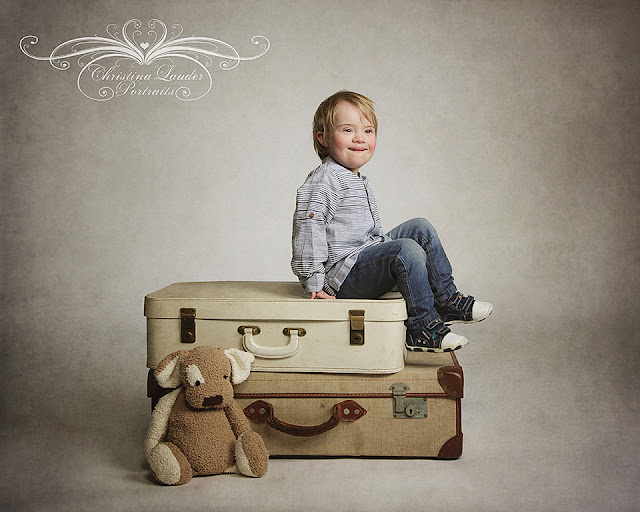 So this is something I'd like to do again. I've been thinking for a while now that I'd like to begin a project that involves all sorts of young children with Downs Syndrome to see just what they can do and show the world that although they have their differences they are still very much the same as other children. In fact, I'd like to show that what makes them different is what also makes them very special. 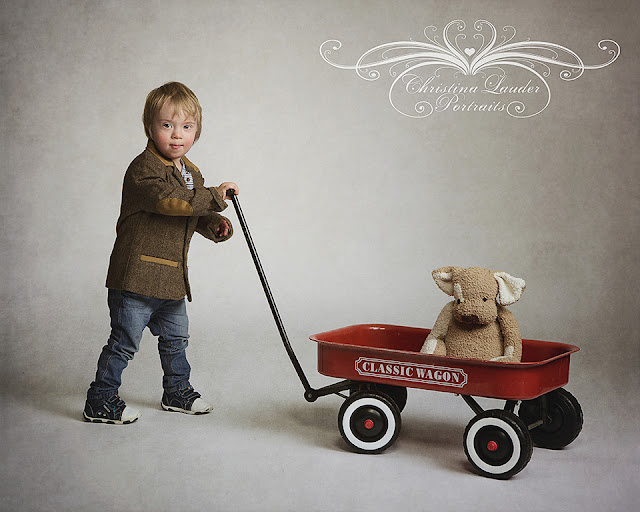 I look forward to building on this idea of mine and hope to show more in the near future.