What to Wear and What Not to Wear in Your Portraits

February 14, 2013
For years I've been meaning to create some sort of material that can explain to my clients what they should consider when planning their attire for their portrait session.  I always very strongly encourage my clients to follow my recommendations regarding clothing however my advice is often disregarded.  So I thought if I showed some specific portrait examples it may become more obvious just how important it is to consider your clothing choices wisely.

When choosing clothes for a portrait session it is almost always advisable to wear plain simple clothing and for all members of the group to co-ordinate with each other.  By this I mean, solid colour tops. So nothing with bold, noticable patterns such as stripes, polka dots or flowers.  And no large logos.  Also try, as much as possible, to wear the same colour or very similar colours (ie shades of pale blue).  Patterns are distracting and unmatching colours will stand out and both will detract from the faces in a portrait.  Large logos can also date the portrait making it less appealing over time.  Of course there may be a time when such clothing is acceptable, perhaps in a teenagers fashion type shoot. But they are rarely appropriate for a special family photo you want on display for many years. And the last thing we want to produce is something you will look back at in years saying, 'what was I thinking'.  So here are some examples to illustrate what I mean.

For the image below I used a group of friends and instructed them all to wear white tops and jeans.  This is a look that I find very attractive and works incredibly well with a white or light background.  Having everyone co-ordinated in such a way really makes the portrait look planned and well thought out and not just something thrown together. 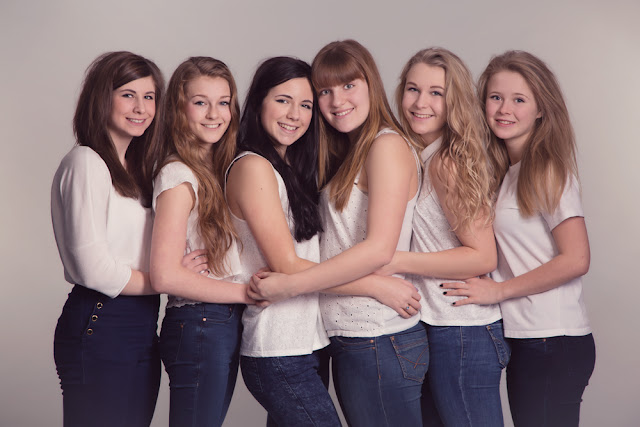 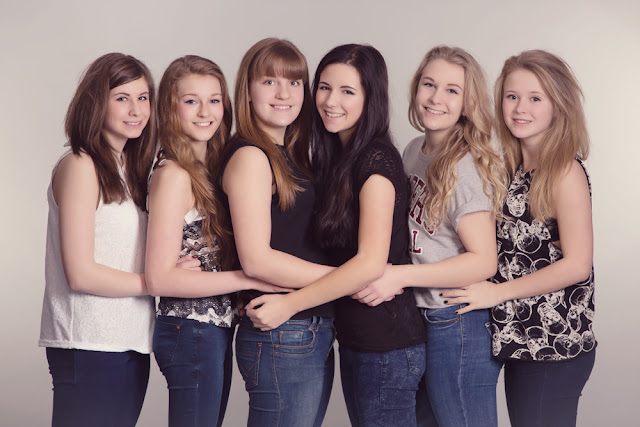 For the image above I asked the girls to change their tops to include a variety of tones and patterns.  Notice how the patterns become distracting and can often take your attention away from the girl's faces.  The portrait no longer looks intentional and my eyes continually travel around the image rather than resting on the main point of the image, which in a portrait should usually be their faces.

This issue becomes even stronger with a dark background as the large patches of brightness among all the darkness stand out like a sore thumb.  Its impossible not to see these highlights as anything other than distractions.  Even the bare arms of the girls are too pale in comparison to the rest of the image which again takes away from the effectiveness of the portrait.  The image directly below is far more appealling than the one that follows. 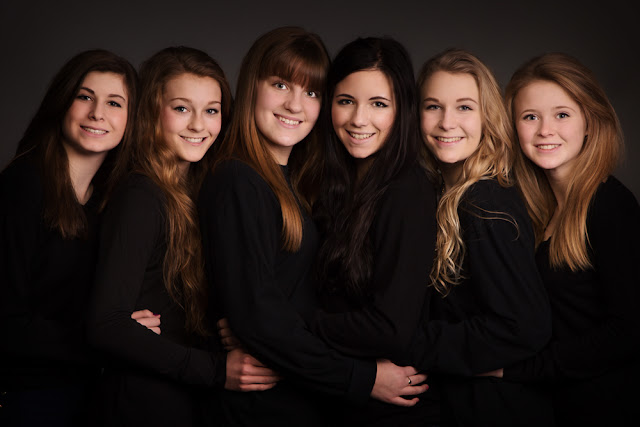 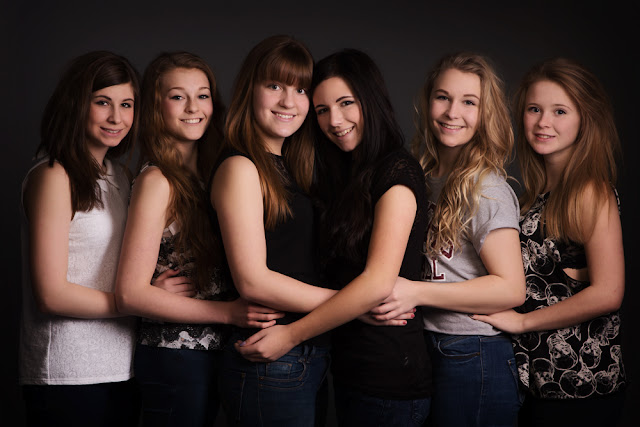 I've included a second example with the dark background to emphasise the importance of clothing appropriate to the type of portrait we wish to create.  The patterned top and bare arm are much too distracting.  The same image made with black tops that have long sleeves is much more attractive and creates a portrait that shows it was intentional and not merely a snap taken without planning or effort. 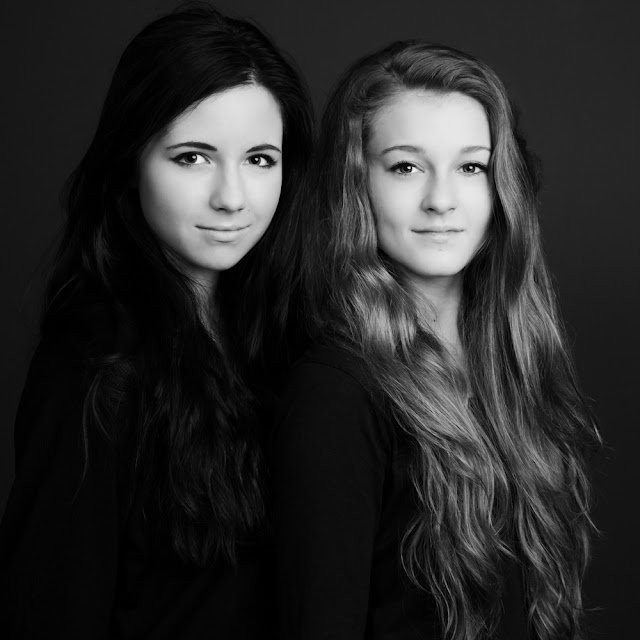 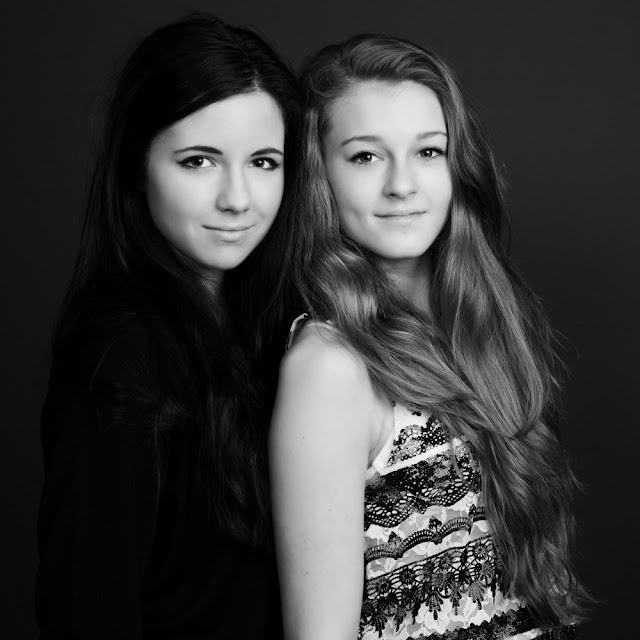 Now the following image includes tops of all sorts of colours however it was still clearly well thought out and again makes the portrait appear intentional.  Incidentally, this was the idea of the birthday girl which I was thrilled to see.  This is a very effective use of clothing which made for a pleasing and interesting group portrait. Whereas the image that follows does not look well planned.  Those in white look washed out and the patterns throughout are distracting. 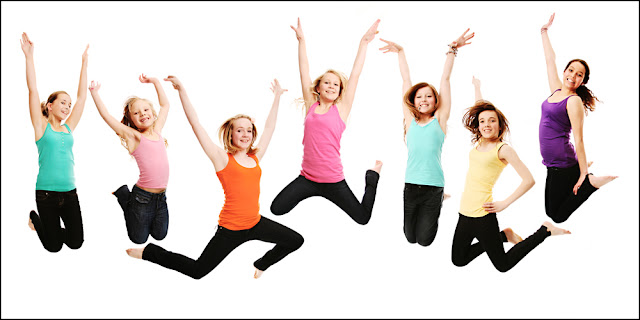 Finally I've included a couple of portraits which show good clothing choices.  You can imagine how ineffective the dark image would be had bare arms or patterned clothing been included.  And same goes for the light image with respect to patterns. 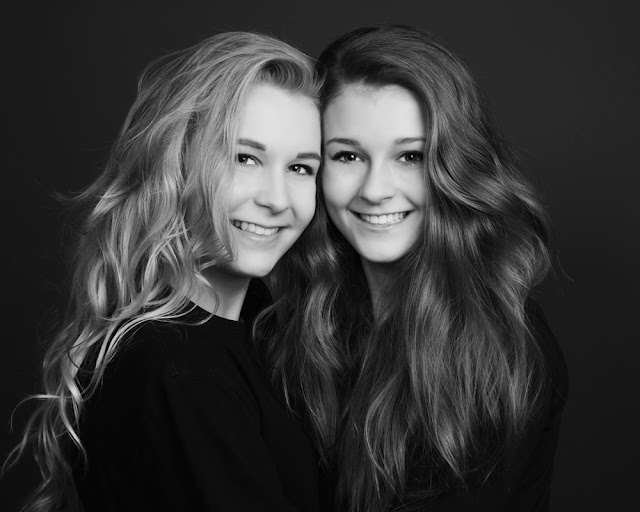 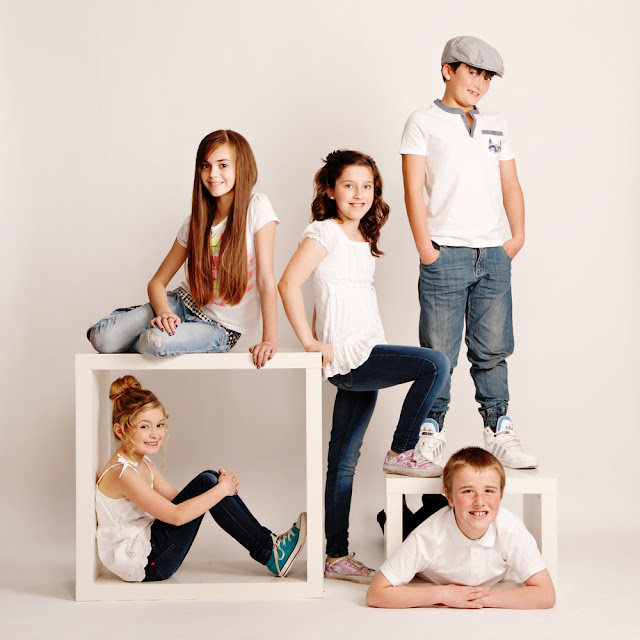 I hope this has illustrated just how important appropriate clothing choices are.  If you are going to the expense of investing in portraits please choose your clothes wisely to ensure you have the best possible, timeless portraits you'll be proud to display for many years to come.

8 Unique Portrait Ideas for your Teenager

September 20, 2018
Teen portraits are becoming a thing. Much like Prom has reached this side of the water, the ever popular teenage portrait industry that has swept across North America is coming to the UK too. And why not? This is an important milestone in our children's lives. I for one want to capture this time in my child's life and I suspect I'm not alone here. They have strong personalities, they have hobbies and interests worth documenting and they might not be living at home for much longer. In this blog post I am sharing some of the teen portraits I've created in recent years to hopefully inspire families with kids of this age to come in and have some done for themselves. The possibilities with this age group are so vast I can't help get a little excited for each shoot I do. 1. Dance Lots of people are involved in dance or performing arts of some sort and for those involved, creating something that relates to their interests will provide a lasting memory and valuab
Post a Comment
Read more