Lands End to John O'Groats with our Friends, the Hall McNairs ~ Part I 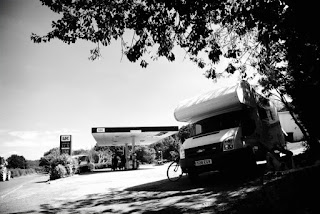 This summer my family has been fortunate enough to accompany the Hall-McNairs at two points through out their journey. They began their journey from Land's End on Monday July 21st. This put them close to home, well as close as they were ever going to be, by the weekend. So Friday afternoon we joined them in Tewsbury so we'd be ready for Andy, my husband, to run the following morning. As a photographer with a passion for photography in both my business and personal life I could do nothing less than document the occasion to the best of my ability.

We really lucked out with the weather this weekend. If anything it was too hot. But the sun was shinning so spirits were high, at least for us non runners and Andy who was only scheduled to run one or two legs of the journey. Although the extreme heat did have him worried a little. 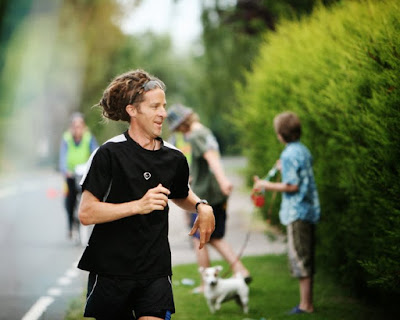 Shortly after arriving at the campsite we headed out to the main road to greet the team which included Rob Hall-McNair (the runner) along with his support crew on bicycles, Sue (Rob's sister) and Martin (Sue's husband). It was really rather exciting. I even found time to take a few portraits while waiting.
The next morning I drove the runners back out to the main road to see them off and ta 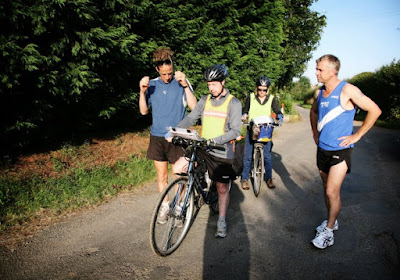 ke a few snaps as they set off. Again, everyone was very focused and I felt I needed to be discrete in order not to put them off as they prepared. Before long they were ready to go and I was back at the campsite packing our things so I could get on the road to meet Andy at their first break. Unfortunately though, not only had I lost track of time talking with Niki (Rob's incredibly understanding wife), but the team had arrived at their break point earlier than expected. I ended up being a half hour late.

After a lovely lunch in a l 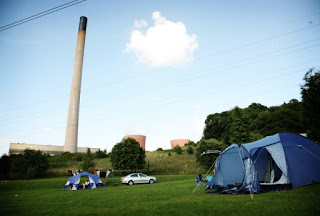 ocal pub we headed off for another campsite just outside of Ironbridge. We were all rather looking forward to seeing the new site with its name of Pooleview. Our anticipation turned a little into fear as we saw a power station in the distance but kept our hopes up all the while believing that the lovely winding road leading up to the campsite would take us away from the overbearing monstrosity but our hopes were quickly dashed when we arrived at our final destination only to find that we were directly beside as well as beneath it. The noise was ungoing and annoying and sounded just like rain hitting the tent which seemed really odd considering there wasn't a cloud in the sky.
The only great aspect to the location though was the vast expanse of space available for the children to play. I took advantage of that and decided to experiment with off camera flash. Both the kids and I had a blast seeing what we could come up with. Here are just a couple of what we created that evening. 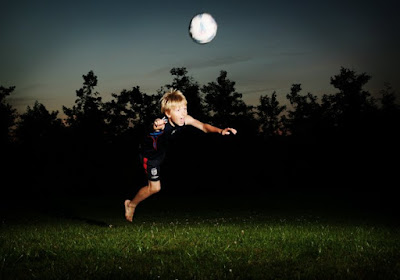 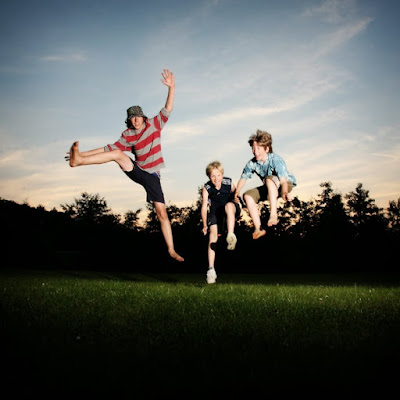