October 30, 2016
Since the session the other week went so well Albert's Mummy decided she wanted to have a go bringing in her first dog so they could have a portrait taken together. I believe we were lulled into a false sense of security with Albert's professional ability when on his own. Things didn't go quite as smoothly as we had hoped. I always knew this could be the case but still I had high hopes. However I chose to just relax and enjoy the session rather than panic that things weren't going to plan which in the end meant I got something I could be pleased with. (To see Albert's first session click here) 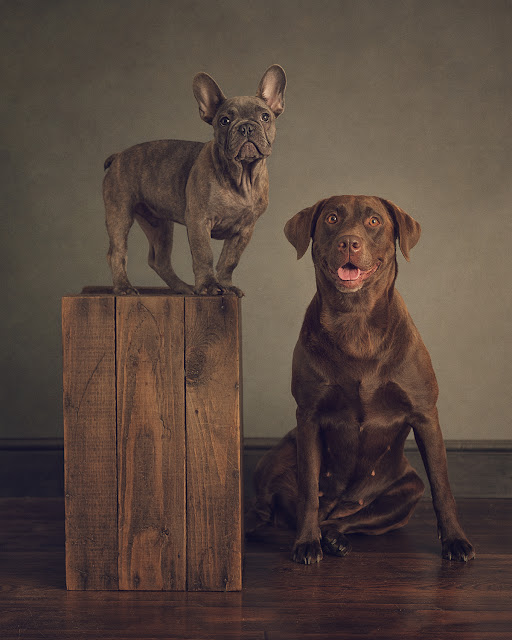 I believe as long as everyone is realistic and not expecting perfection some great portraits are still there to be had. They are animals at the end of the day with no understanding of our wishes. And when one is a puppy who's not had the benefit of long term training we had to take what we were given. 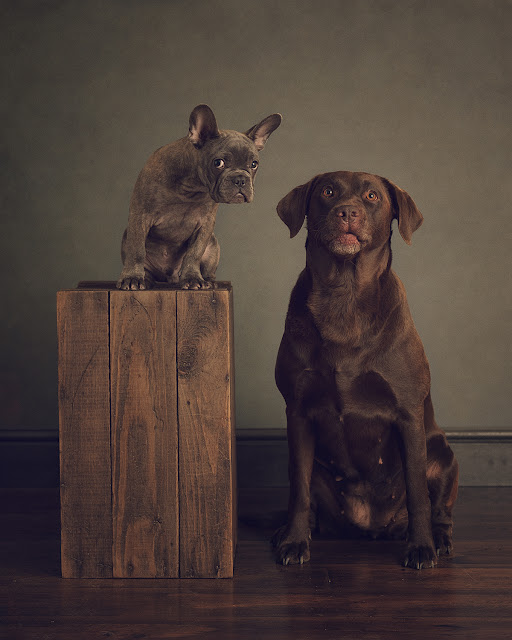 The session ended for me expecting to get very little. I had glimpsed a couple of images I thought had potential but chose not to show the client on this occassion, which I had done a hundred times in Albert's first session. I didn't want to raise their expectations. I wasn't certain whether or not I got something I would love. I was pretty sure I'd have something I'd be satisfied with but mere satisfaction isn't good enough for me. So I needed to manage their expectations and not build up any hype in case I couldn't deliver. The last thing I wanted was disappointment. 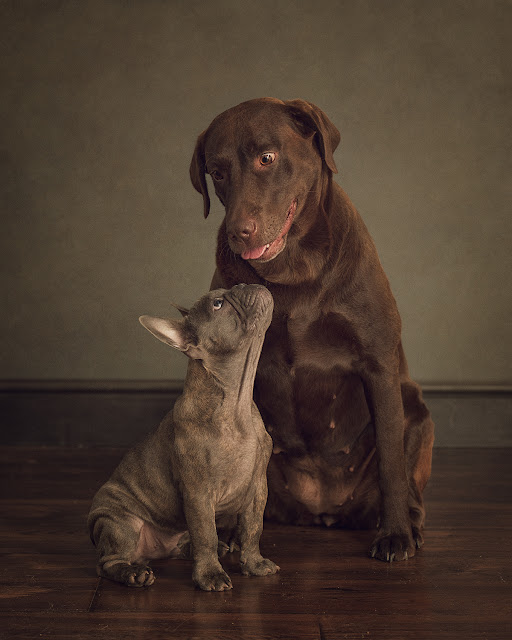 So instead I left them believing we'd get something but probably nothing as perfect as Albert on his own. 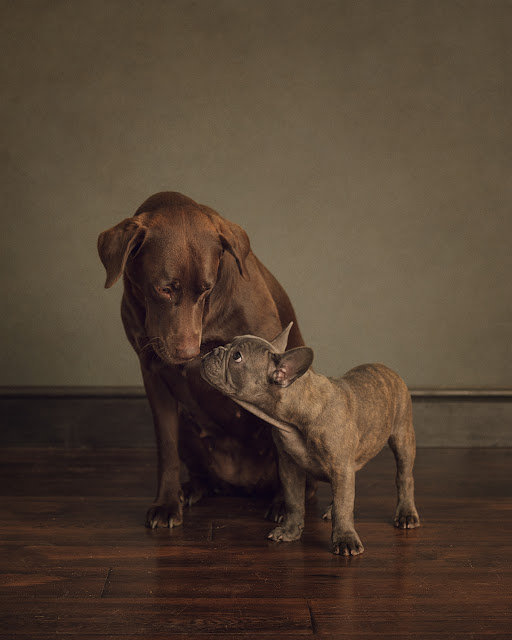 Well when I loaded them onto the computer for a closer look I was pleasantly surprised. Perhaps lowering expectations was as much for my benefit as it was their theirs. I'm genuinely very pleased with the results and can honestly say I have images I love, just not as many as gorgeous Albert on his own. But then again, I wasn't aiming for a wide variety of images here. It was just meant to be a quick shoot to grab a couple of the two together. Oh and one of Albert in a Santa's hat. Now that really was a tricky situation. Putting a hat on a dog is only going to work if the dog doesn't mind the hat. Otherwise they will always try to get it off pretty much instantly, which Albert did. So unfortunately we have a choice of one here. This definitely could have gone better. 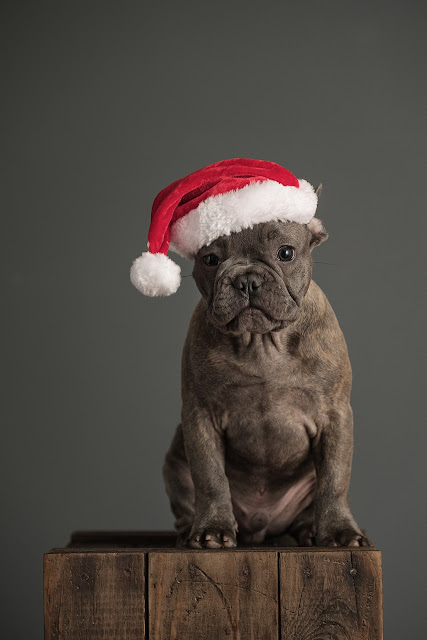 While we were at it we took the opportunity to create a portrait of Albert's big sister too. I'll admit this was a little more difficult than Albert's, which was a good reminder to me that not all pet shoots are going to be as easy as Albert's. But it didn't take much to get exactly what I wanted either. This portrait below is one I keep coming back to admire again and again. I adore it. 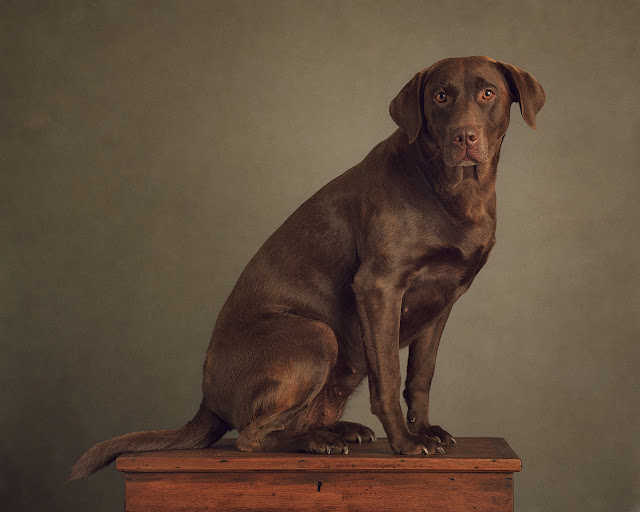 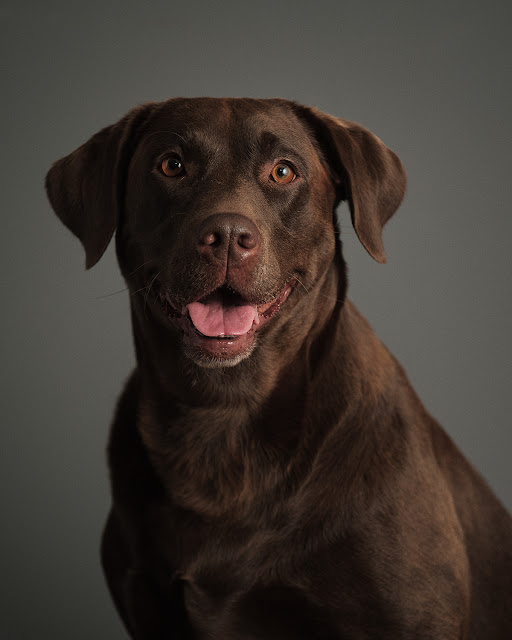 If you would like portraits of your cherished furry family members then please get in touch. To contact us or book a session you can either ring us on 01455 611069, follow this link to our contact us page on our website, or send us a message via our Facebook page here. We look forward to hearing from you.

Connecticut Packers said…
Nice ppost thanks for sharing
26 September 2022 at 05:37