March 26, 2015
Well done to Bowens for putting on a seriously impressive display at The Photography Show this year.  The crowds were never ending and for me it was such an honour to be included in the line up. 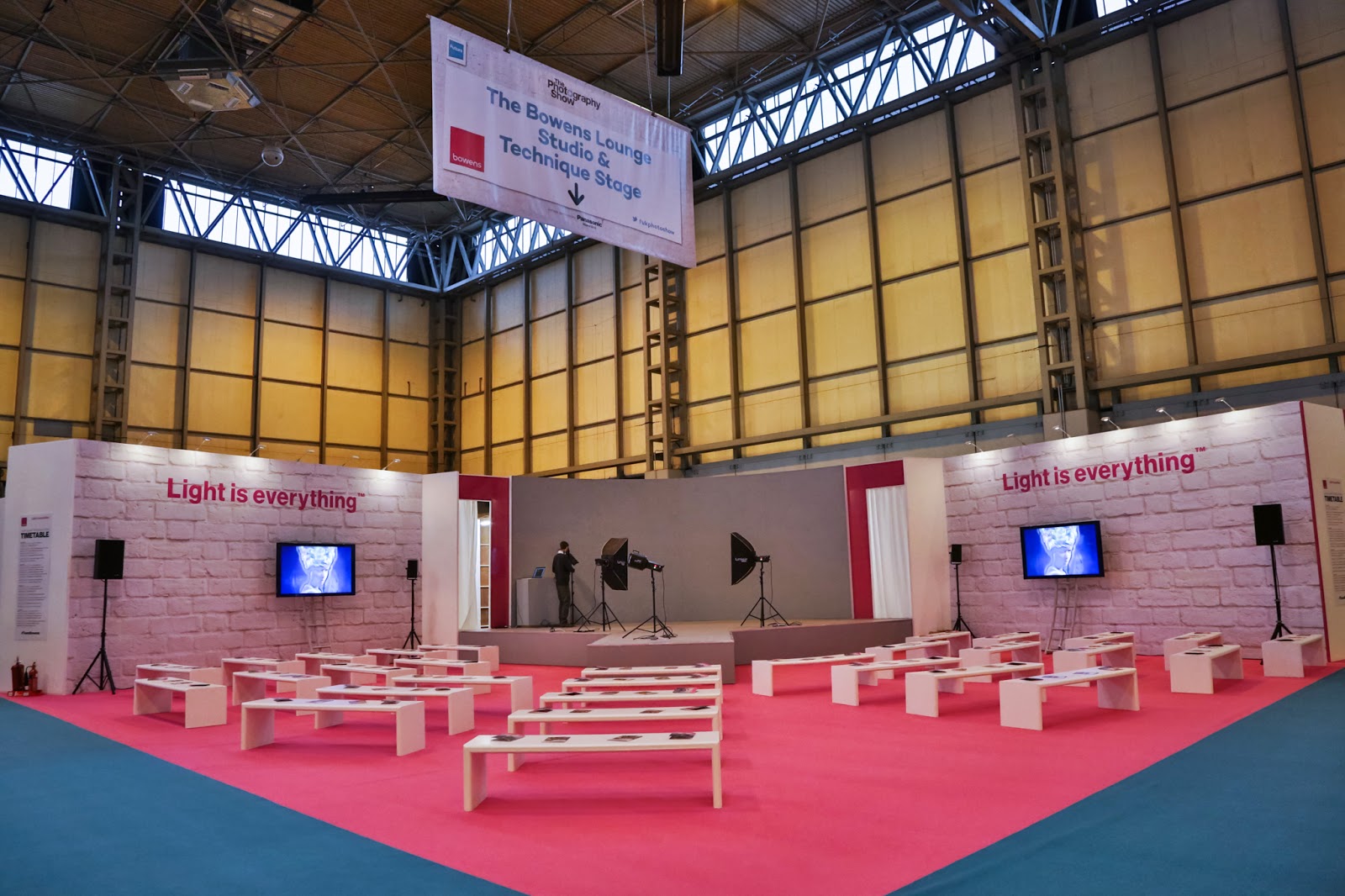 (the night before it all began, a very exciting and scary time)

I can not believe its over so quickly, not that it felt that way at the time.  Forty five minutes has never felt so long as it did while standing on that stage in front of a couple hundred people, all staring up at me hoping I won't be wasting their time.  Judging from the feedback and the vast number who remained till the very end I must have done something right. 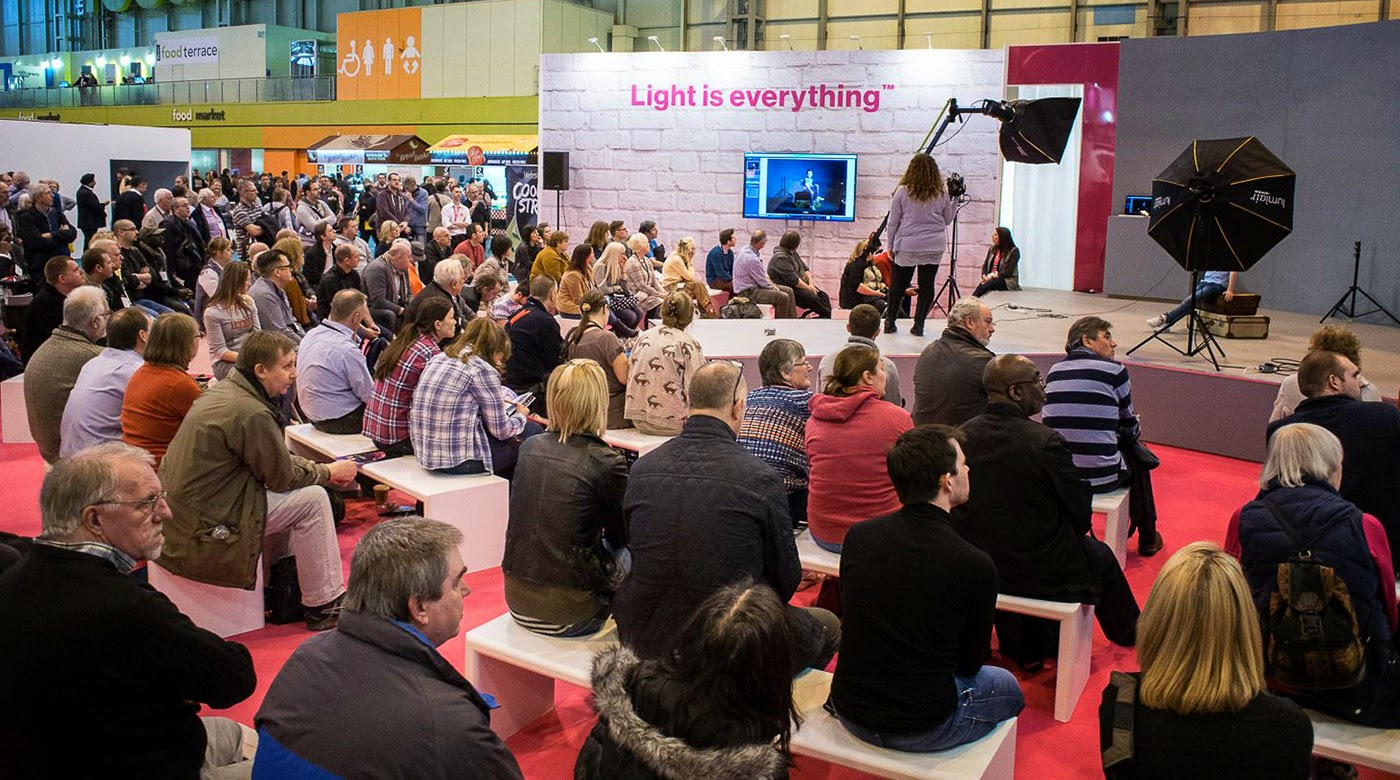 (Me on stage - what a feeling that was, terrifying and thrilling at the same time - Thanks for the image Greg Thurtle) 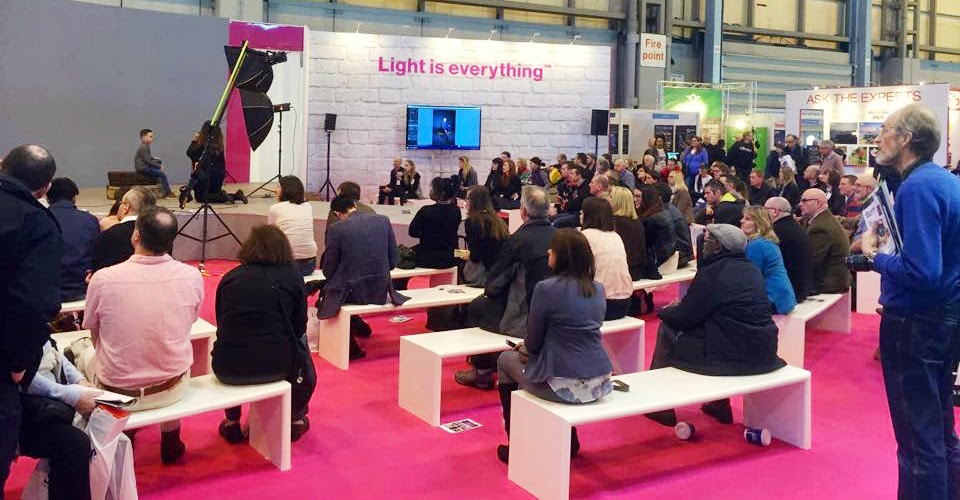 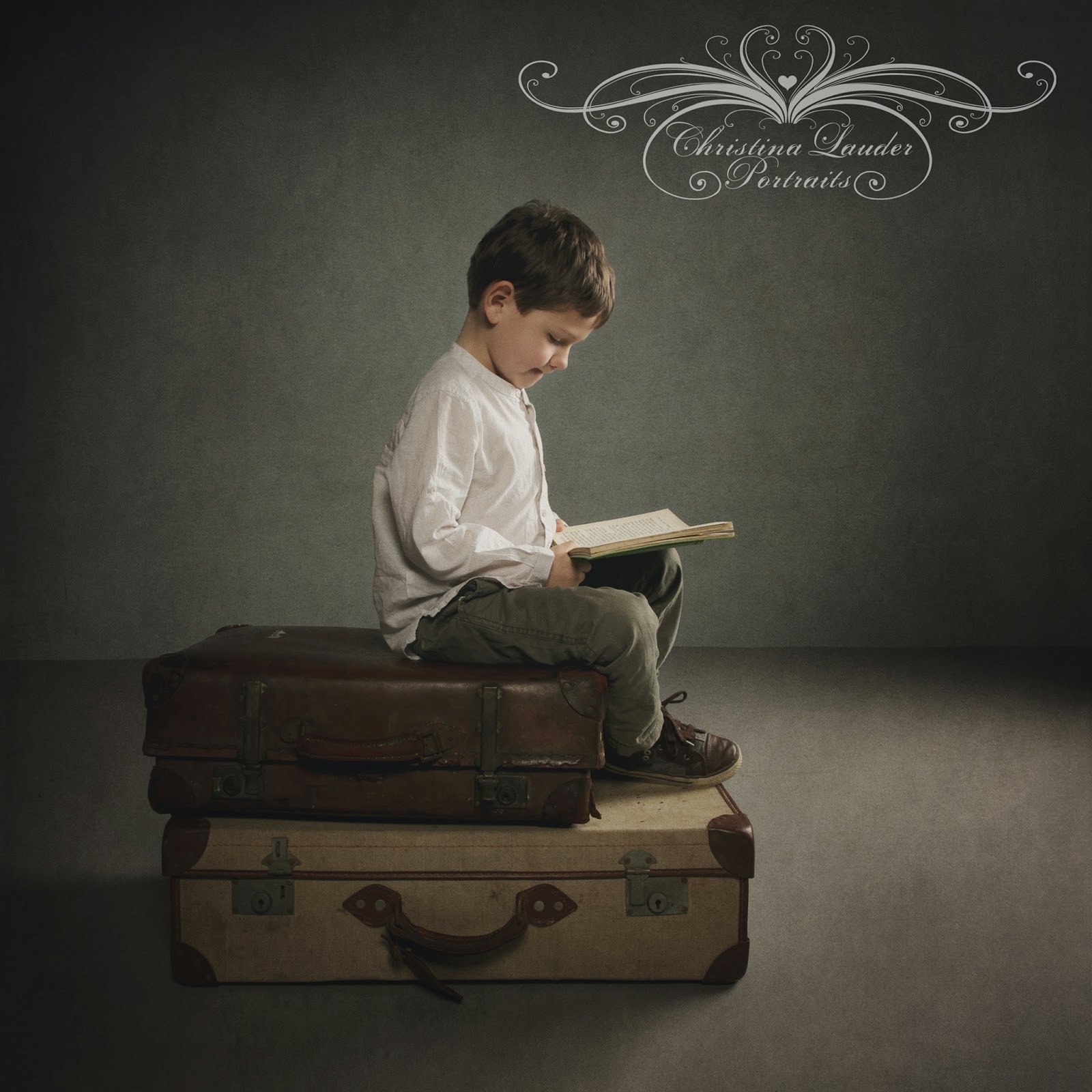 Its not particularly easy working in that environment, not having the time to ensure the setup is just right. Nor was the background ideal for the type of work I would have liked to create.  I normally work with either a roll of paper or a wall, floor and skirting board arrangement that leaves a perfectly level horizon line.  This stage however was curved.  But I did what I could and I'm actually quite pleased with the results.  And to be honest, I know I was actually spoiled having the space I had. Bowens provided an incredible space that just isn't often possible in live demo situations.  And I hear we'll have the same next year too with a few noted small improvements. 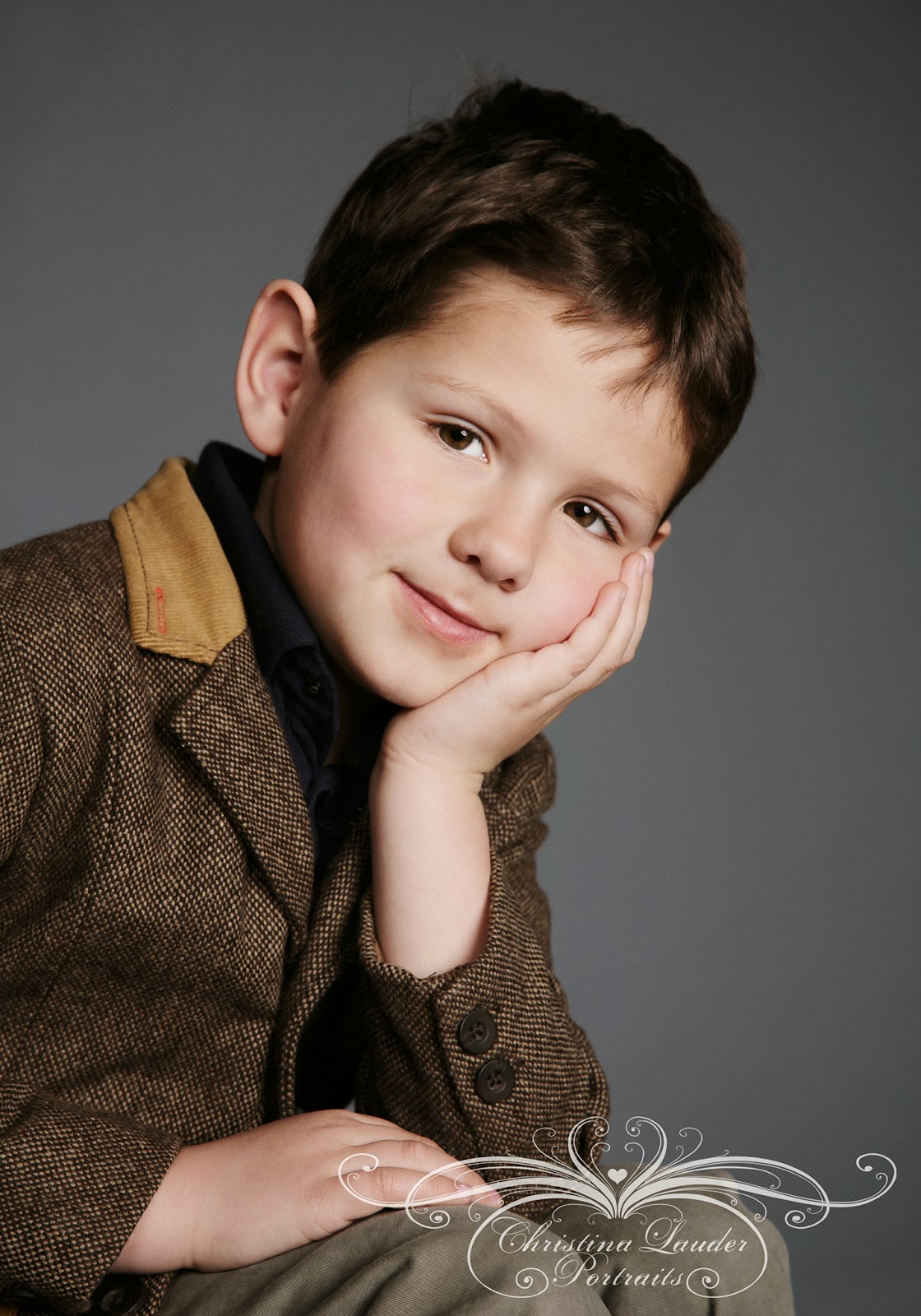 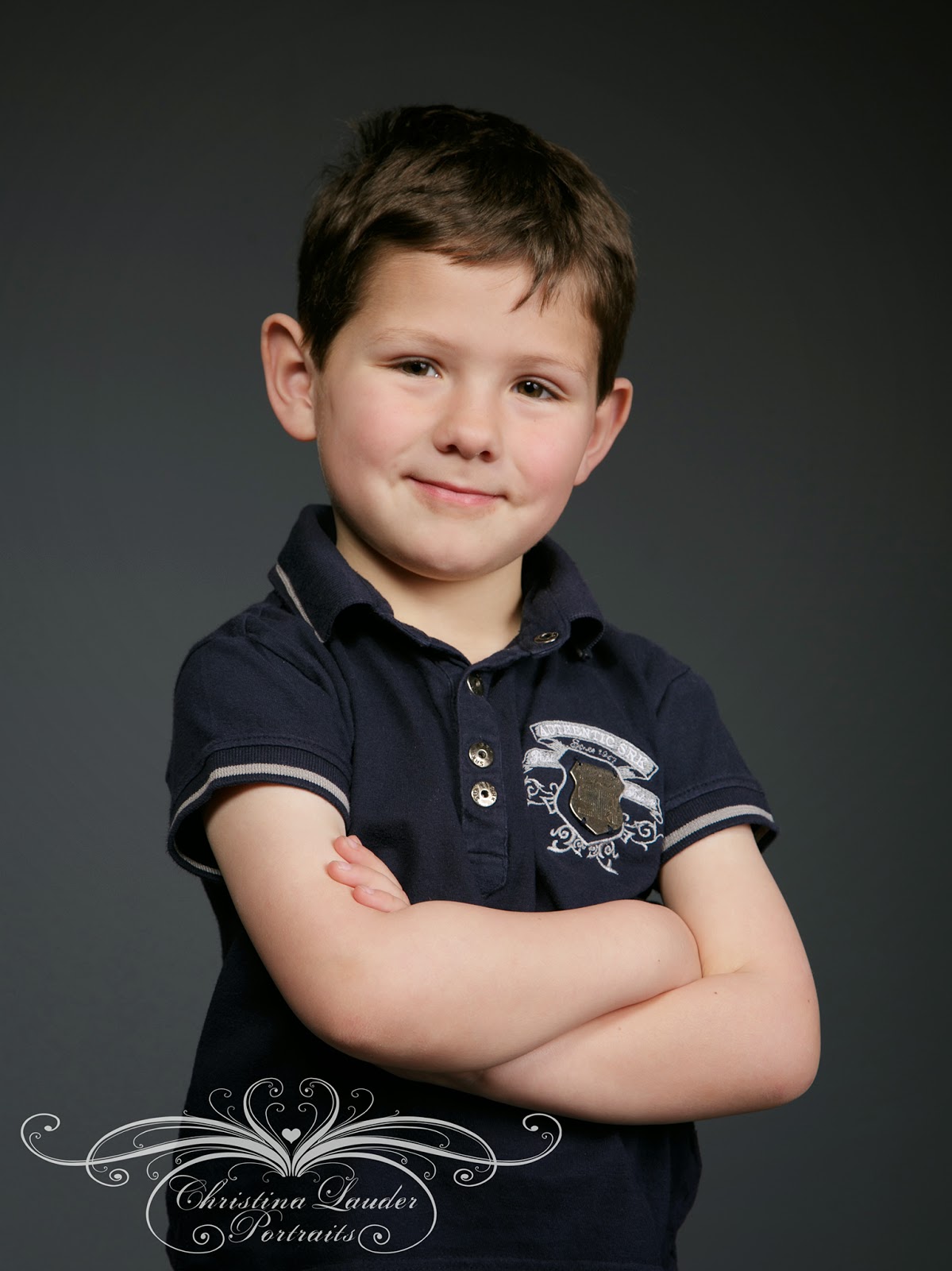 The image above was created during the light ratios demo and was one of the early examples showing a lower ratio (2:1) where the highlight side was only twice as bright as the shadow side. This is a flatter lighting style but works well in traditional work.  My preference though is something with a little more depth and stronger shadows and I would probably prefer something more of a 2 stop difference.  This image is straight out of camera with no editing apart from a simple crop to remove the line from the curved wall behind. For me though this image is pretty good exactly as it is and very little editing would be required, and certainly none at all required for the viewing stage if this were to be from a client shoot. 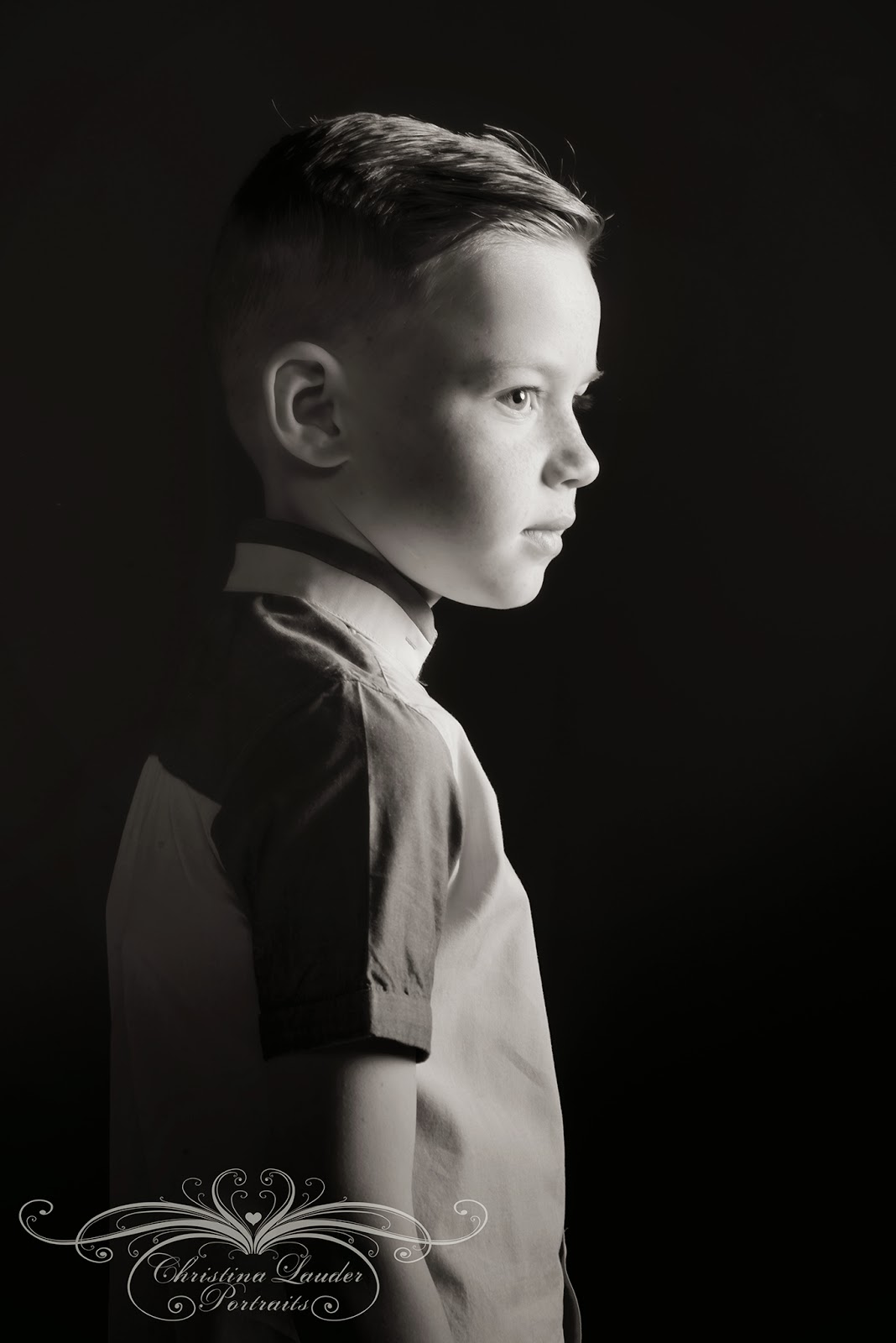 (Here we were looking at higher ratios while changing keylight placement)

And for those who were there on the Monday and Tuesday, here is the model we had for those sessions.  He was older and didn't suit as well the chosen props but you get the idea of what you can do with children to bring a little character and something different to portraits. 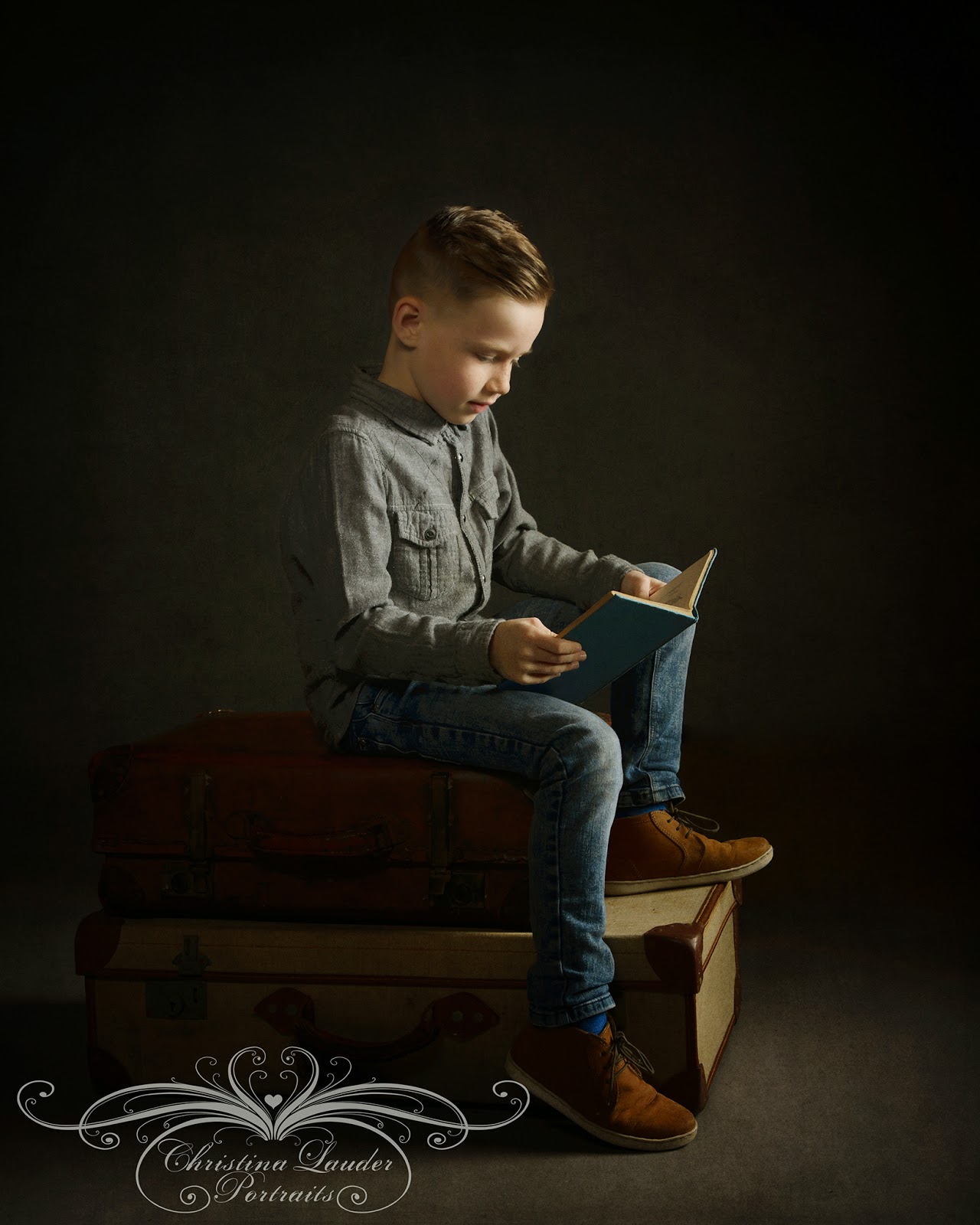 For this image I probably would have used a lighter background or a hair/rim light to add some seperation between my subject and background.  He blends in a little too much with the background here. 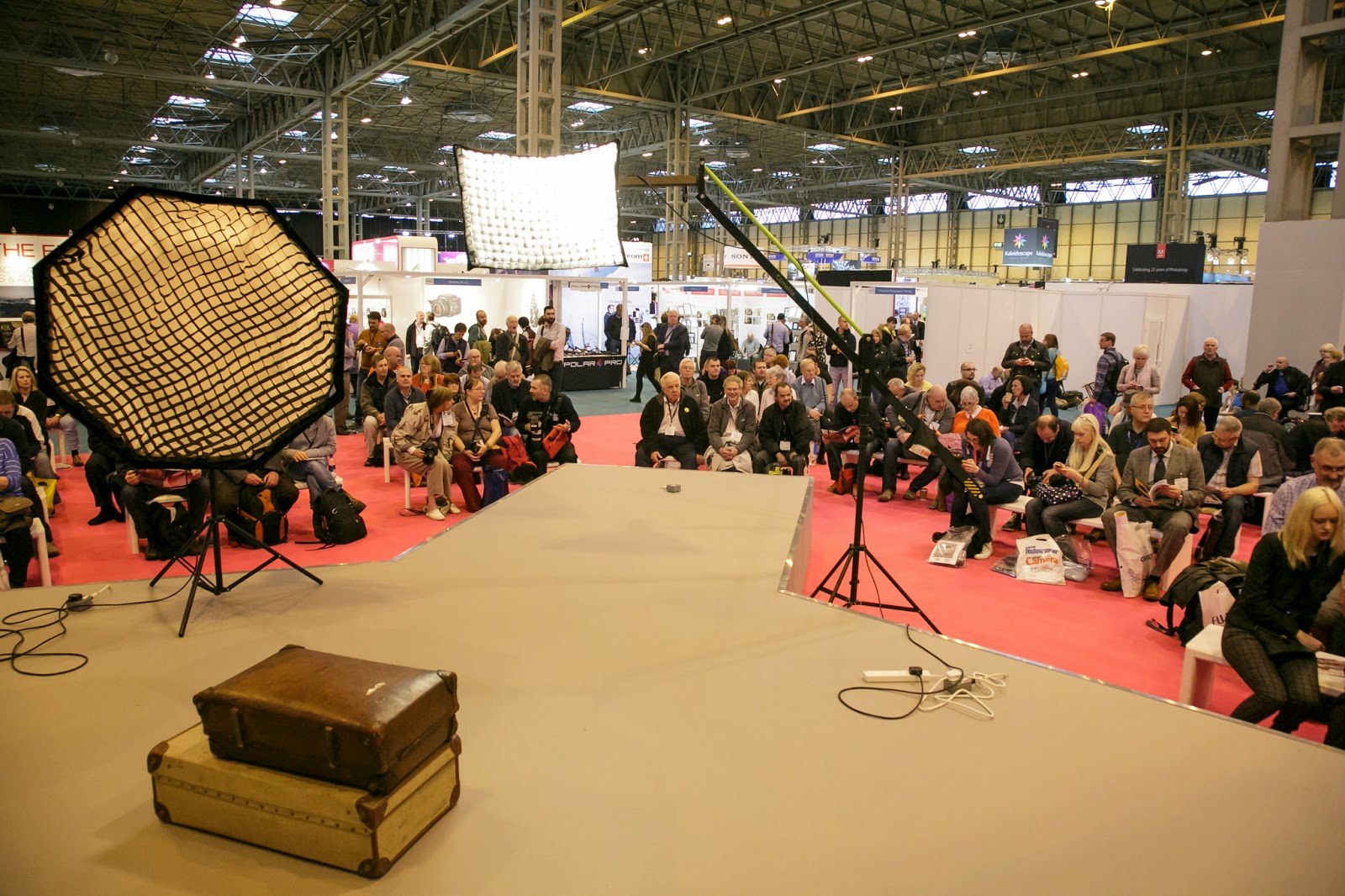 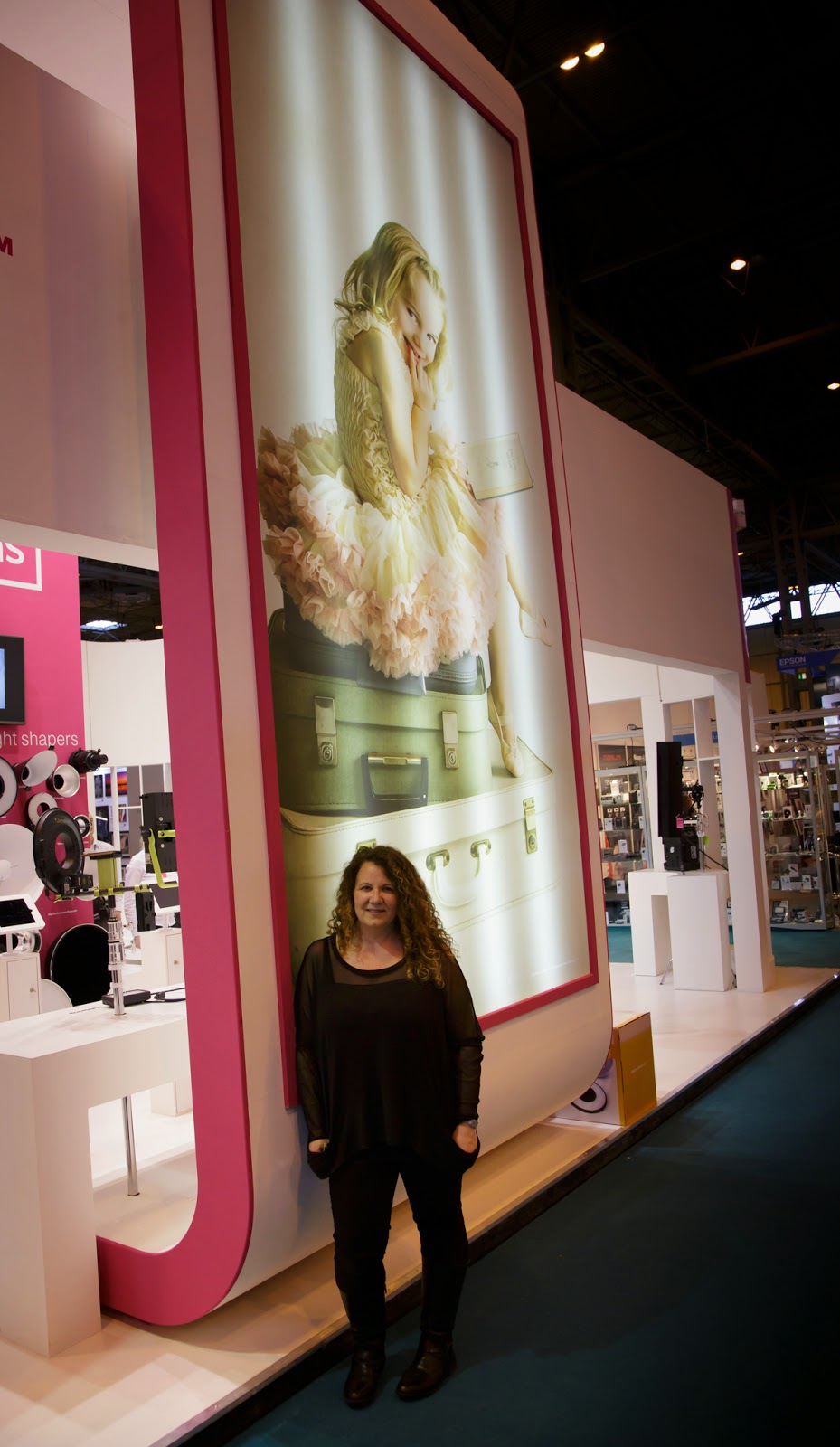 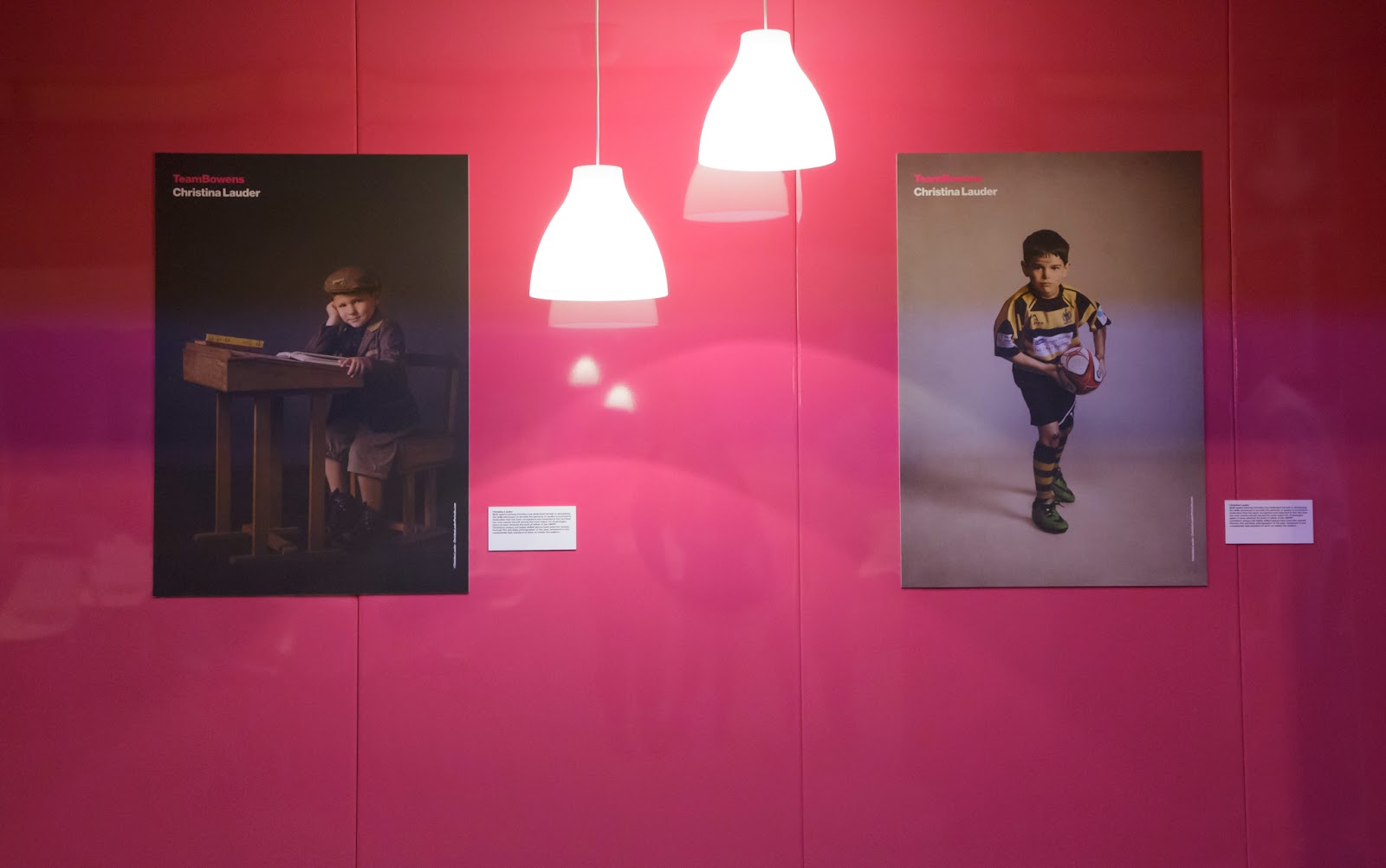 Speaking at The Photography Show as part of TeamBowens was such an amazing opportunity and one which, believe it or not, I'm hoping to repeat for many years to come. Bowens and all their staff (particularly Rob & David) did a fantastic job organising what I saw as the best part of the show (I'm biased I know). Everyone on the team were so welcoming and helpful.  They all put me at ease (especially our ever so relaxed stage manager Kevin).  I couldn't have asked for more from my fellow photographers and the Bowens staff. They were always there to help and we had a great laugh as well.  (Comic Con sharing the same part of the NEC added to that too - I'll never look at Darth Vader the same again). I loved everything but the nerves leading up to each talk. I don't think I'll ever shake those.

So thank you to the team and to everyone who attended.  I enjoyed meeting you all and very much look forward to what the future holds.